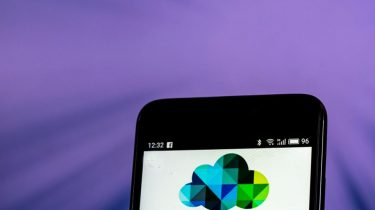 With a technology as vast and complex as blockchain, it comes as no surprise that many approaches exist when it comes to companies adopting the technology for various use cases and solutions. VMware is one pick and shovel company that helps various enterprise outfits incorporate the technology made famous for underpinning the world’s largest crypto asset, bitcoin, in a decentralized and scalable manner.

VMware started its journey down the blockchain rabbit hole first by doing its homework on the technology and then developing its own model. “We basically did a lot of research in the blockchain space,” VMware blockchain engineering lead Pratima Rao Gluckman said. “We have a fantastic research team at VMware who basically went off and came up with a scalable Byzantine Fault Tolerant consensus protocol,” she explained. “That is pretty much the foundation of our blockchain – it is our platform.”

As a growing number of enterprise players such as AT&T, Nestle and Mastercard continue to dive into blockchain application for various use cases, multiple notable companies have stepped forward with products and services to assist in those endeavors. Entities such as Amazon Web Services (AWS), IBM and Oracle have all created various blockchain frameworks and solutions, making the technology easier for companies to adopt and use to fit their needs.

Facebook is one example of a company using technology from VMware for its Libra digital asset, according to an article from Forbes. Libra will house a variant of “Hotstuff,” a consensus mechanism VMware developed.

In August of 2018 VMware made one of its developments publicly available, Gluckman noted. “We open-sourced the SBFT, which is called Project Concord,” she detailed. Project Concord is “an open source distributed trust infrastructure,” according to an August 2018 statement from VMware about the announcement. “Project Concord uses Byzantine fault-tolerant consensus protocols to deliver a functioning distributed trust system: one that is both ‘safe’ and ‘alive,'” the statement included.

A research document provided by arxiv.org, composed in part by participants of VMware’s research team, explained SBFT as “a state of the art Byzantine fault tolerant permissioned blockchain system that addresses the challenges of scalability, decentralization and world-scale geo-replication.”

Moving forward, VMware also constructed “a VMware blockchain service,” which supplies “a permissioned blockchain for enterprise consortiums,” Gluckman explained. Essentially, the service primarily deals with “building enterprise grade decentralized trust,” she said. This caters to customers that desire to build a solution for a use case without one main central point of “trust,” or failure. “The trust is distributed across these different consensus nodes,” she said. This is similar in concept to how bitcoin has no central entity or point of failure that can be hacked to impact the asset but instead relies on numerous parties. VMware brings this concept up to a high level, capable of adoption by large enterprise players looking to incorporate such technology for various use cases.

Gluckman circled back to Project Concord, noting these aspects of decentralization, “throughput,” “high trust security,” and “scalability” for these large players. “This is basically rooted in Project Concord,” she explained. “We also make sure that you can run these Concord nodes in a decentralized manner across many different cloud providers and on-premise data centers” she added. VMware is working to further this concept of “providing this decentralized trust,” making it scalable and compatible among multiple different operations, she explained.

In summation, Gluckman said, “This is primarily our focus right now is providing enterprise-grade decentralized trust, robust day-2 operations and making it developer friendly so we can have as many decentralized applications that are going to be written on our blockchain.”