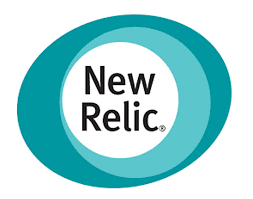 In an industry-first, the company unveiled programmability on the New Relic One Platform, which gives all customers and partners the ability to build entirely new applications on top of New Relic One, enabling them to integrate their best of breed business data and create seamless workflows on the platform to drive real-time actionable insights.

“New Relic One is now the world’s first observability platform that is open, enabling customers to bring in agent-based and open telemetry data so they have no blind spots; connected, allowing customers to see relationships between their systems so they can act more quickly and effectively; and programmable, empowering customers to build entirely new applications on top of New Relic to fuel their business. It’s not a platform unless you can build apps on it,” said Cirne.

“I’m so inspired by the creativity and ingenuity I’ve seen from our early-access customers and partners building observability apps on New Relic One. I can’t wait to see what our developer community will unleash for our global customers.”

New Relic One was built in response to the needs of companies who are leveraging the power of modern software technologies, including cloud technology and containerization, to quickly build, scale and operate business-critical applications.

They require a single observability platform for all their critical data with applied intelligence and automation technologies that can seamlessly fit into their unique business processes so they can optimize their software and deliver better customer experiences.

The New Relic One Observability platform is open, connected and programmable

New Relic announced several new innovations across the platform, making New Relic One the first observability platform that is open, connected and programmable.

Programmable: Empowering customers and partners to quickly and easily build new applications on New Relic One

“The new programmability features have equipped us to get significantly more value from New Relic, at no additional cost,” said Joshua Biggley, sr. engineer, enterprise monitoring at Cardinal Health.

“Our DevOps & SRE teams are now able to create tailored apps, for their specific business needs, that easily fit into our workstream. At an enterprise-scale, programmability has enabled an agility in data for both application and platform teams.”

New Relic worked with a select group of customers and partners to jointly develop an initial set of New Relic One applications. These apps are freely available for New Relic’s developer community to download on Github under an apache license.

Initial New Relic One apps include: