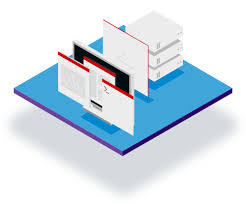 The platform provides more secure content management, powerful analytics around automation deployments over time and building blocks that can shorten the time to value when getting started with automation. The new SaaS capabilities help to drive a more consistent automation user experience and fuel better collaboration to solve more IT challenges at once.

The new capabilities include:

Ansible is one of the largest open source automation communities in the world with content continually created by Red Hat, independent contributors and partners. Ansible Content Collections organizes Ansible content including modules, plugins, roles and playbooks, making it easier for customers and contributors to distribute, share and consume content independent of Ansible release cycles.

Ansible Content Collections lowers the barrier of entry to automation, shortens the time to value, and improves the efficiency of maintaining and consuming automation with the use of certified content collections that contain pre-built automation.

Automation Hub is the centralized repository for Red Hat and its partners to publish content, and for customers to discover certified, supported Ansible Content Collections. Ansible Certified Content provides users with content that has been tested and is backed by Red Hat. At launch, Cisco, F5, Google Cloud, Microsoft, NetApp and many more Ansible Partners plan to have certified, supported Collections available through the Automation Hub for users to quickly deploy their tailored solutions for Ansible.

The launch of Red Hat Ansible Automation Platform also marks the introduction of Automation Analytics which enables users to see how specific automation actions perform in detail. This includes statistics and data around modules and resources that are used most often, the health of automation and how an automation environment is performing.

* The ability to run Ansible Playbooks that use Ansible Content Collections through Red Hat Ansible Tower;

* Webhook integration with GitLab and GitHub to automatically run automation or launch deployments based on source code pushes or other source control events; and

* Support for pause and approval at any step in a Red Hat Ansible Tower workflow.