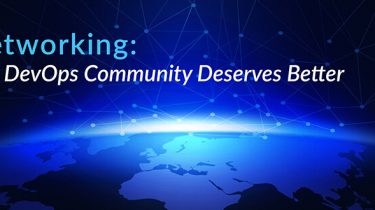 Developers of cloud-native applications are at the heart of a process of radical transformation shaking up the business world. Without them, enterprises everywhere would be stuck with the same cumbersome tools and processes they’ve been relying on for years. Using DevOps methodologies, software-as-a-service (SaaS) players are bringing a level of agility to the game that is all about freeing enterprises from the shackles of the old, pre-cloud days and letting them take advantage of new opportunities at light speed.

But the developer community has a problem. The process of developing cloud-native applications demands the right connectivity to back it up, and traditional networks aren’t doing the job. Cloud-native developers need network solutions that work in the same frictionless and agile way they do—solutions that put the application first while simplifying and accelerating the development process.
Yesterday’s inflexible MPLS networks were not designed for today’s hybrid cloud and multi-cloud models. Modern enterprises want multiple connections between the public clouds of differing cloud service providers, helping them cut risk exposure while tapping into the unique services and capabilities of many separate providers. To play their part, developers need application-friendly connectivity designed for this multi-cloud environment. A new software only, cloud-native approach to connectivity is required to address this and other challenges such as security, access management and operational support.
By the same token, cloud software developers are still forced to rely on VPN gateways and jump servers working with bastion hosts. But VPN connections were never designed to work in a modern, agile cloud environment. As a solution, they are archaic, complex and inhibiting to performance and flexibility. Old methods and models can delay the rollout of a new application by a matter of weeks. When time equates to money, this sort of delay is inhibiting to a developer’s competitiveness. Developers deserve better.
There are four things developers shouldn’t take for granted in a network solution: agility, security, simplicity and performance.
Agility
What SaaS application developers need is a cloud-centric, agile, on-demand alternative to traditional networking—something that delivers the speed to market they need and safeguards their profitability. With a model such as application-specific networking, application development teams can create on-demand connectivity across cloud environments for seamless access to cloud services and resources.
Security
With application-specific networking, connectivity at scale is simplified while enabling granular, zero-trust security that meets and exceeds even the most stringent compliance standards.
Simplicity
Networking that puts the application first can abstract the complexity of multi-cloud environments and deliver everything to the user as one simple, easy-to-use interface where it doesn’t matter if your endpoints are in ﬁxed or mobile locations.
Performance
Cloud-native connectivity, where the application is front and center, can deliver operational expense cost reduction over traditional MPLS and VPN solutions, all while boosting throughput and performance compared with legacy alternatives.
Conclusion
Developers deserve better networking. It’s time for them to say goodbye to the old way of doing things and move on from restrictive legacy solutions with their lack of scalability, absence of agility, poor security and unpredictable overheads.
0 0 votes
Article Rating
Subscribe
Login