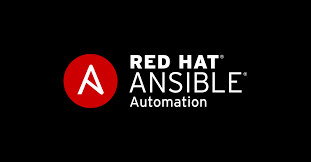 Customers, including Energy Market Company, Microsoft, Reserve Bank of New Zealand and Surescripts all use Red Hat Ansible Automation to automate and orchestrate their IT operations, helping to expand automation across IT stacks.

According to a blog post by Chris Gardner with Forrester Research, who was the author of The Forrester Wave: Infrastructure Automation Platforms, Q3 2019, “Infrastructure automation isn’t just on-premises or the cloud. It’s at the edge and everywhere in between.”

Since its launch in 2013, Red Hat Ansible Automation has provided a single tool to help organizations automate across IT operations and development, including infrastructure, networks, cloud, security and beyond.

Several representative deployments around the globe

Datacom is Red Hat’s largest partner in New Zealand, and when Reserve Bank of New Zealand announced in November 2013 that it was undertaking a strategic review of one of its key systems, they turned to Datacom to house, build, support and operate the infrastructure.

The review considered the firm’s and the industry’s requirements of those systems in anticipation of substantial upgrades that will be necessary over the next five years. To help automate the necessary upgrades, Reserve Bank of New Zealand worked with Datacom to implement Red Hat Ansible Automation.

After two years, tens of thousands of lines of codes and the creation of hundreds of playbooks and roles, the team has coded the build requirements and stood up all necessary environments using Ansible – including servers and applications installed with ongoing performance benchmarking, fine-tuning and extensive testing.

Energy Market Company (EMC), operates the wholesale market of the National Electricity Market of Singapore (NEMS), Asia’s first liberalized electricity market. The company was due for a server hardware and applications refresh for its core settlement and Market Rules engine system. However, the proprietary stack it was built on was aging and restricting innovation efforts to support upgraded NEMS applications as stipulated by market regulations.

With Red Hat Ansible Automation, EMC has been able to automate the process of software integration, testing and deployment, allowing the company to build, test and release software more rapidly, frequently and reliably.

Microsoft was looking for tools and platforms to empower its network engineers and make them more productive and able to focus on customer-facing value. With hundreds of engineers spread over more than 600 locations worldwide, Microsoft needed a solution that was easy to understand and simple to share across teams and geographic locations.

Thomas Anderson, Ansible business owner, Red Hat: “At a global level we have seen organizations choose Red Hat Ansible Automation not only because of the simplicity, scalability and composability it provides, but also for its ability to drive cultural transformation within organizations.

“We’re now working to make it even easier to collaborate across teams, helping to break down automation silos and embrace automation across an organization.”

Bart Dworak, software engineering manager, Infrastructure and Operations, Network, Microsoft: “Adopting Red Hat Ansible Automation has not only changed how our networks are managed, but also sparked a cultural transformation within our organization.

“By putting automation at the forefront of our strategy and not as an afterthought, we’ve been able to scale it in ways we did not know possible. Our engineers are now constantly looking for creative ways to solve their problems using Ansible Playbooks.”