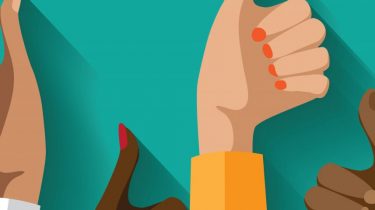 Continuous delivery of carbidopa/levodopa (CD/LD) with ND0612 under the skin led to quick improvement of clinical status and better quality of life for  patients with advanced Parkinson’s disease, according to patient-reported outcomes from a Phase 2 clinical trial.

Now, a global Phase 3 study named BouNDless (NCT04006210) is recruiting Parkinson’s patients who have motor fluctuations characterized by the reoccurrence of motor symptoms between levodopa doses. The trial will be conducted at approximately 120 sites globally. (More information on contacts and locations is available here.) This study will compare the effectiveness, safety and tolerability of ND0612 to oral immediate-release CD/LD.

The results from a 28-day, open-label study (NCT02577523), “Impact of ND0612 on patient reported outcomes: A blinded rater study of 2 dosing regimens,” were presented at the 23rd International Congress of Parkinson’s Disease and Movement Disorders in Nice, France.

After one day of standard oral CD/LD, the patients were treated with ND0612 over 27 days. Supplemental oral CD/LD was used if needed.

Patient-reported outcomes were measured using the Unified Parkinson Disease Rating Scale (UPDRS) part II (activities of daily living) at day 28, and the Parkinson’s Disease Questionnaire (PDQ-39, a measure of health status and quality of life) at day 27. The participants also self-rated their impression of improvement at days three and 28.

The results showed that more than 70% of patients reported an improvement in overall clinical status as early as day three. Continuous (24- group) CD/LD delivery led to a significant improvement — a 2.9-point decrease — in the UPDRS ADL score compared to baseline. These scores also trended toward  improvement in the 14-hour group.

Quality of life also was better for patients in the 24-hour group, as the PDQ-39 score reduced by 7.5 points. Again, these scores also trended toward  improvement in the 14-hour group.

“Many people with Parkinson’s disease take multiple doses of oral CD/LD as their disease progresses, which can cause additional motor fluctuations that may be debilitating and contribute to poor quality of life,” Atsushi Fujimoto, MTPA’s president, said in a press release. “The data presented at MDS add to the body of research on ND0612.”

In the study “BouNDless: An active-controlled randomized, double-blind double-dummy study of continuous ND0612 infusion in patients with fluctuating Parkinson’s disease ,” the team also presented the design of the BouNDless trial.

The first of approximately 300 patients was enrolled last month. Eligible patients are those not responding to standard treatments, with a minimum of 2.5 hours of motor fluctuations daily and at least two hours per day in the “off” state (no motor control) during waking hours.

The trial’s primary objective is to determine whether ND0612 improves self-reported daily “good on time,” defined as the sum of “on” time without dyskinesia (involuntary movements) and “on” time with non-troublesome dyskinesia.

“We look forward to gaining additional insights on this investigational treatment through the Phase 3 study,” Fujimoto said.

“We are proud of the research behind ND0612 to date and committed to learning more about this investigational treatment for people with fluctuating Parkinson’s disease through the recently initiated Phase 3 study,” Oren said.