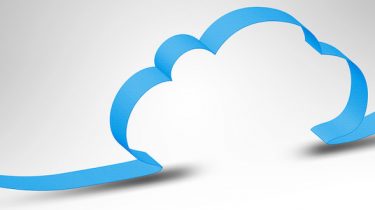 Mirantis this week rolled out Mirantis OpenStack for Kubernetes, an instance of the open source cloud management framework in which all the components have been encapsulated in containers.

Shaun O’Meara, global field CTO at Mirantis, says that approach makes it possible to then employ Kubernetes to orchestrate those containers.

Mirantis OpenStack for Kubernetes is the first in a planned series of enhancements to the Mirantis Cloud Native Platform, a family of offerings based on Kubernetes that includes Mirantis Container Cloud, the container platform formerly known as Docker Enterprise that Mirantis acquired last year.

O’Meara says the goal is to make it easier to deploy, manage and update a widely employed cloud management framework that continues to be advanced under the auspices of the Open Infrastructure Foundation, formerly known as The OpenStack Foundation.

That approach also makes it possible to deploy OpenStack on either a virtual machine or on a bare-metal server, notes O’Meara. Even the kernel-based virtual machine (KVM) foundation on which OpenStack is most frequently deployed has been encapsulated in a container, he says.

Bare-metal instances of Kubernetes are gaining traction among financial service firms, organizations that are building artificial intelligence (AI) applications based on machine learning algorithms and telecommunications carriers—all of which trying to minimize the overhead a virtual machine adds to an IT environment, notes O’Meara.

OpenStack is most widely employed by telecommunications carriers and other IT service providers as an open source alternative to a commercial stack of virtual machine software from VMware. That approach enables organizations to deploy a cloud framework at scale without incurring massive software licensing costs.

The OpenStack framework has seen less adoption among enterprise IT organizations, but O’Meara notes that since the transition to cloud-native computing began, adoption of OpenStack has increased as organizations look to deploy containerized applications at scale. Mirantis OpenStack for Kubernetes will enable both service providers and enterprise IT organizations to expand their reliance on OpenStack using the same Kubernetes orchestration engine they already employ to manage containers in what are now highly distributed computing environments, he says.

That approach ultimately serves to reduce the total cost of managing IT environments that need to be able to run both cloud-native applications and legacy monolithic applications, he adds.

Longer-term, the convergence of Kubernetes and OpenStack should reduce the level of tension that surrounds both platforms. As Kubernetes continues to evolve, there are those that advocate the platform will one day replace OpenStack with a set of cloud-native extensions. The Mirantis approach effectively turns all the components that make up OpenStack today into a set of containers that run natively on Kubernetes. Previously, organizations could deploy OpenStack on Kubernetes, but each component was not a set of containers that could be individually orchestrated.

Of course, Kubernetes today is more commonly deployed on OpenStack and VMware because it provides a method for provisioning a complex platform using a familiar set of IT management tools. However, as cloud-native computing environments continue to expand, the relationship between the components that make us a management framework and Kubernetes are clearly still evolving.