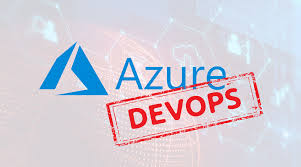 The developers behind Microsoft Azure have been hard at it, adding previews for Azure Data Lake Storage and a Prometheus integration for Azure Monitor, new features in Azure DevOps, and an Azure Boards app for Slack to the portfolio.

Slack users can install the latter to create work items on their Azure Board via a slash command or by converting conversations in a channel, and be informed about new or changed items. A channel can only link to one Boards project at a time.

To add items to a board via Slack, you have to be a contributor to the Azure Boards project in question, and only members of a project board’s admin group may set up a subscription for a channel to receive work item events. If the app is installed, Slack will also display a preview of a work item, if its URL is posted into a channel.

The recently rolled out Azure DevOps update also has some new features that make use of the interconnectivity of services. For example subscribers can now link GitHub releases as artifact sources in a release pipeline or create work items without leaving a wiki page.

Azure DevOps has also finally introduced parent work item as a configurable column, which should help those that want to reorder their backlog and were missing feature information before. If an item is updated by a member of the team, changes are now visible to those who have it opened without a refresh. And to facilitate the search for recently used items, the search bar has been upgraded to offer a list of those.

Apart from these, Microsoft has dished out a couple of previews to see what has to be tweaked before they can be unleashed on the general public. For one, Senior Program Manager Stephen Wu has announced an early version of multi-protocol access for Azure Data Lake Storage, which lets customers make use of blob features such as lifecycle management policies in their Data Lake Storage.

The fact that a lake’s content can now be accessed via blob storage APIs as well as Data Lake Storage APIs is meant to motivate more people to put their data into a cloud data lake, since for example applications don’t have to be updated for data access first. The new feature also supports multiple storage paradigms, meaning that things like directory and file-level access control lists are also enforced for blob storage API users. More information on this can be found in the introductory blog post.

Due to popular request, Azure Monitor for containers has been fitted with a Prometheus integration. No Prometheus server is needed in that setup, but to make the preview feature work, the Prometheus endpoint has to be exposed via exporters or pods, so that the Monitor can scrape the necessary metrics. Details are available on the Azure blog.