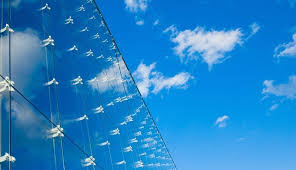 Microsoft on Thursday announced a preview of Azure Dedicated Host, a new service that gives organizations access to unshared or “dedicated” Azure hardware infrastructure for hosting their workloads on Azure virtual machines.

Most workloads hosted on Azure infrastructure use hardware that’s shared with other organizations or individuals, who are called “tenants.” These tenants are said to be using Azure’s “multitenant” infrastructure. Some organizations, though, need to use unshared hardware to meet certain compliance or regulatory requirements.

Possibly, the Azure Dedicated Host offering is the first such dedicated “cloud” service from Microsoft. Amazon Web Services (AWS) added a dedicated hosting service more than four years ago. The Google Cloud Platform (GCP) already has an option to use a “sole-tenant node.”

Hardware Options
Organizations using the Azure Dedicated Host service have some control over the underlying hardware.

It’s possible to mix virtual machines in the same series, though. Other hardware controls include the ability to select the processor brand used and the number of cores.

The cost of the Azure Dedicated Host is based on paying for the “entire host” plus hourly costs for running the virtual machines and for running Windows, according to the pricing page. However, it doesn’t explain what the entire host costs are.

Licensing Perks
Microsoft is taking a carrot-and-stick approach to entice potential users of the Azure Dedicated Host service. For instance, organizations can use their existing Windows Server and SQL Server licenses with this service if the licenses were purchased before Oct. 1, 2019. Software Assurance coverage isn’t required for those licenses, but after that October date, Software Assurance will be required.

Organizations wanting to use their existing Windows Server and SQL Server licenses with the Azure Dedicated Host service also will need use the Azure Hybrid Benefit, which permits on-premises licensing to be used on Microsoft’s “cloud” infrastructure. Azure Hybrid Benefit gives organizations the Online Services use rights for Azure infrastructure in order to apply the licensing, according to FAQ document linked at the very end of the “Updated Microsoft Licensing for Dedicated Hosted Cloud Services” Azure licensing post.

The October deadline is also true for organizations with software hosted by so-called “Listed Providers,” namely “Microsoft, Alibaba, Amazon (including VMware Cloud on AWS), and Google,” the Azure licensing post explained. “These changes don’t apply to other providers,” it added.