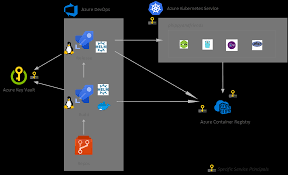 After a steady and timely publication of Microsoft MSDN Magazine for more than 30 years, it will cease to exist in physical form. Microsoft has suddenly decided to shutter the go-to resource for developers who worked on software and platforms that the company developed over the years. Microsoft Developer Network (MSDN) was launched way back in 1992 when computers were just becoming commonplace in offices as well as homes across the world, and the Internet was gaining prominence. Needless to add, with effective promotion of its products, Microsoft Windows has become the most used operating system in the world. Moreover, the company’s products support several big businesses by handling their backend digital processes. The MSDN is still one of the strongest and ever-growing communities that religiously work on platforms that Microsoft makes and supports.

Why Is Microsoft Shutting Down Publication of MSDN Magazine?

Microsoft Developer Network (MSDN) was launched in 1992 to keep Microsoft connected with its developer network. Interestingly, MSDN Magazine was initially separated into two separate publications. They were offered under the headings Microsoft Systems Journal (MSJ) and Microsoft Internet Developer (MIND). However, realizing there could significant overlap and common interest of developers, Microsoft merged the two publications in the year 2000.

Microsoft has always attempted to add demos of new products in addition to news and updates about the services and platforms. Long-term subscribers will remember the Compact Discs or CDs that were bundled with the MSDN magazines every month. Needless to mention, the MSDN magazine might be a niche publication with viewership restricted to dedicated software developers, system administrators, coders and other people who work in core Information Technology (IT). However, the readers are heavily invested in the digital world, and they still reportedly retain a reverence for the publication.

MSDN Magazine is available as a print publication only in the United States. The publication is available in digital format in all the other regions where it is offered as a premium subscription. The magazine had significantly evolved over the decades. The magazine was once devoted to Microsoft’s biggest product, the Windows operating system. However, over the years it started covering the breadth of Microsoft services and products.

What is truly surprising is that instead of retaining or continuing with the digital version of the Microsoft MSDN Magazine, the company has decided to shutter the publication in its entirety. In other words, November of 2019 will be the last month of MSDN Magazine to be made available in physical as well as digital format.

It is no secret that physical print media has taken a heavy beating and continues to experience reducing viewership. Moreover, the CDs that developers once eagerly awaited are no longer useful or relevant. Interestingly, there is one more reason why Microsoft MSDN Magazine will end publication. Microsoft recently acquired GitHub, a popular and ever-growing online repository of software tools and developer code.

What About Readers Of the Microsoft MSDN Magazine?

“As Microsoft products and services expanded exponentially over the years, MSDN Magazine has gone through its own evolution, as well. We realized that it is time to retire MSDN Magazine and to carry on its work through Web channels like docs.microsoft.com.”

As indicated by the statement, Microsoft appears to have handed the responsibility of managing the content that was published in the MSDN Magazine to the department that manages the online MS Docs repository. The company has advised readers of the magazine to head to docs.microsoft.com for resources on development moving forward.