Microsoft GitHub CEO: Why we defend ICE deal in the face of employee anger 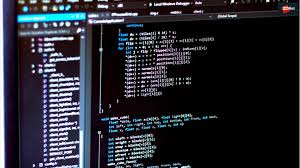 GitHub CEO Nat Friedman has published a defense of its decision to renew a contract with US Immigration and Customs Enforcement (ICE) after employees called for the company to cancel all work with the agency.

On Wednesday, GitHub employees or ‘Hubbers’ posted an open letter on the Washington Post demanding that the Microsoft-owned company cancel its contract with ICE “no matter the cost”, in response to an internal email by Friedman explaining why GitHub would not cut off ICE from its products.

Agitation by GitHub employees over supplying ICE follows protests by Google workers in August against their employer bidding for an ICE contract.

SEE: How to build a successful developer career (free PDF)

Meanwhile Chef Software hit a snag last month after a developer pulled his open-source code from GitHub and RubyGems on discovering that the company was using it in aid of an ICE contract.

In each instance, tech workers have opposed supplying tech and talent to the agency over its policies under the Trump administration, most notably separating immigrant children from their parents.

“We fully realize that severing this relationship may have business implications,” GitHub employees wrote.

“These implications are nothing when compared with the effect on human life that will come if companies like ours do not make difficult decisions such as this. If we want to ‘continue being the home for all developers’, we need to account for the safety we create or destroy for those developers.”

ICE bought a license for GitHub’s on-premise product GitHub Enterprise Server in April 2016 via a reseller. Friedman noted in an email the company published on Wednesday that the revenue from it was less than $200,000 and not financially material.

He also emphasized that GitHub doesn’t have a professional services agreement with ICE and has “no visibility into how this software is being used”.

Friedman also pointed to Microsoft CEO Satya Nadella’s LinkedIn post from 2018 stating that he was appalled by the Trump administration’s policy of separating children from their parents at the border.

However, Friedman also argued that although ICE is responsible for immigration policies that GitHub disagrees with, it is also responsible for critical services to society, such as fighting human trafficking.

“We do not know the specific projects that the on-premises GitHub Enterprise Server license is being used with, but recognize it could be used in projects that support policies we both agree and disagree with,” he explained.

“As a matter of principle, we believe the appropriate way to advocate for our values in a democracy is to use our corporate voice, and not to unplug technology services when government customers use them to do things to which we object,” he said.

The key tool GitHub has to change public policy is to leverage “the vast resources of Microsoft” to influence policy makers.

Another area where the company has run up against US law is over access to code from developers located in countries under US trade sanctions, such as Iran, Cuba, and the Crimea region.

This July it started blocking developer accounts to its online services if they are accessed from a sanctioned country. A Microsoft lawyer last month said it is working with US regulators to ensure developers around the world can access GitHub.

Friedman argued there is an important distinction between providing consulting services to agencies like ICE and supplying software with conditions that dictate what users can do with them, comparing the GitHub Enterprise Server product to Microsoft’s license for Office Word.

“Just as Microsoft for more than three decades has licensed Microsoft Word without demanding to know what customers use it to write, we believe it would be wrong for GitHub to demand that software developers tell us what they are using our tools to do,” he argued.

However, angered employees are not satisfied with the donation.

“We cannot offset human lives with money. There is no donation that can offset the harm that ICE is perpetrating with the help of our labor,” they wrote.