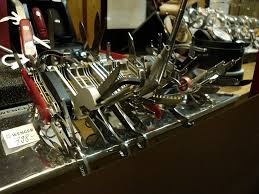 The rise of Kubernetes as the de facto container orchestration platform has been a boon to organizations looking to take advantage of a microservices-based ecosystem but has proven to be a challenge for many vendors. The extreme of that challenge played out late last week as Containership announced it will be docking its boat for good on Oct. 31.

Containership Founder and CTO Norman Joyner explained in a blog post that the company was unable to adequately monetize its operations in light of Kubernetes’ rise. This included a failed attempt to pivot its Containership Cloud operations toward a more Kubernetes-focused platform.

Containership launched in early 2015, sparked by a desire to be part of the TechCrunch Disrupt Startup Battlefield event. While it did not succeed in winning that competition, the company’s founders decided to make a go of it by launching its open source container scheduler.

Joyner explained that the company was formed as a way to manage and deploy containers at scale across cloud environments. This evolved into the launch of its Containership Cloud platform that supported automatic deployments into Amazon Web Services (AWS) and Digital Ocean.

The company managed to raise $2.6 million in seed funding and set out to help manage container deployments. It positioned itself in many ways, including as an alternative to Heroku. It also added support for other cloud players like Microsoft Azure, Google Cloud, and Packet.

Unfortunately, the rise of Kubernetes and broad adoption of that container orchestration platform by the large cloud players limited the need of an outside vendor.

Containership Not the Only One

Kubernetes dominance has also impacted larger players in the space.

Mesosphere recently changed its name to D2iQ with a new focus on “day two” operations. This is around the actual support of those platforms running in a production environment.

D2iQ co-founder and CTO Tobi Knaup explained to SDxCentral that the push behind Kubernetes had a “significant” impact on its decision. “Not just the push by the ecosystem, but the pace of advancement in Kubernetes capabilities,” Knaup said.

“Kubernetes is emerging as a key deployment and operations framework for cloud-native applications to help anchor production deployments in both private and hybrid multi-cloud implementations,” explained Paul Parker-Johnson, principal analyst at ACG Research, in an email to SDxCentral tied to the D2iQ rebranding. “To frame its product and services offerings in a way that directly enables ‘day two’ operational capabilities for Kubernetes-based applications leans directly into the main line of where app developers want to go and where operations teams need to go as well.”

And that need is moving quickly. A recent survey conducted by security firm StackRox found that 86% of organizations are using Kubernetes compared with 57% just six months ago. A report from Gartner predicts that more than 75% of global organizations will be running containerized applications in production by 2022 compared to less than 30% today.

Others are taking notice.

Docker Inc.’s recent 3.0 update for its flagship Enterprise platform was based heavily on deeper Kubernetes integration. It also included its own version of a hosted Kubernetes service dubbed the Docker Kubernetes Service (DKS).

VMware last month paid $2.7 billion for sister-company Pivotal Software, which itself recently launched alpha versions of two of its managed platforms and announced plans to move a third to that status later this year. The moves were part of its broader push to ease enterprise management of cloud-native platforms like Kubernetes.

And, IBM paid $34 billion for Red Hat, which has a history of leaning on Kubernetes. IBM quickly migrated all of its legacy software portfolio to be available through Red Hat’s Kubernetes-focused OpenShift platform.