Kubernetes-Focused Firms Made Big Targets in 2020 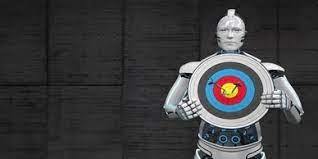 It was good to be a Kubernetes-focused start up in 2020, especially if you were looking to be acquired. And if that focus happened to be in the security space, well then forget about it.
Sure, last year’s Kubernetes-focused merger and acquisition show might not have hit the highs of 2019, when IBM spent all the money ($34 billion) to get its hands on Red Hat – and make no mistake that that deal was heavily influenced by Red Hat’s strong Kubernetes position – but there were numerous highlights. Here are some of the brightest.
SUSE Wrangles Rancher Labs to Boost Kubernetes Cred
SUSE acquired privately held Rancher Labs in a move to bolster its cloud-native credentials and more specifically its position in the Kubernetes ecosystem. The deal combined SUSE’s enterprise portfolio that is focused on Linux, edge computing, and artificial intelligence (AI) with Rancher Labs’ Kubernetes management platform.
The Rancher Labs deal was also significant for SUSE as it acquired a well-established player in the market. Forrester Research earlier this year ranked Rancher Labs as one of the top multi-cloud container development platforms alongside Red Hat and Google.
Despite being the smallest of those three, Forrester Research noted that reference customers highlighted the vendor’s “comprehensive application catalog coverage, broad public cloud infrastructure integrations, strong participation in the cloud-native open source community, excellent customer support, rock-solid stability, and fast time-to-value.”
Cisco Buys Banzai Cloud, Portshift
Cisco made a pair of significant Kubernetes-focused deals this year.
The first: it acquired Portshift, a 2-year-old startup that developed a Kubernetes-based platform to secure containers and serverless applications. In a blog post about the acquisition, Cisco’s Liz Centoni, SVP for emerging technologies and incubation, said Portshift’s technology will help Cisco customers enable DevSecOps and build security constructs into cloud-native applications early in the lifecycle.
The second was its purchase of 3-year-old startup Banzai Cloud, which developed a Kubernetes-based platform that helps enterprises develop, deploy, and scale cloud-native applications. Centoni explained that Banzai Cloud had “built and deployed software tools that solve critical real-world pain points and are active participants in the open-source community as sponsors, contributors, and maintainers of several open-source projects.”
“These two cross-border acquisitions are a testament to the globalization of the cloud-native ecosystem and underscore our commitment to hybrid, multi-cloud application-first infrastructure as the de facto mode of operating IT,” Centoni wrote of the pair of acquisitions.
VMware Acquires Octarine
VMware boosted its security portfolio by acquiring 3-year-old Kubernetes security startup Octarine. Its software provides visibility into cloud-native workloads and also integrates into the DevOps process to analyze application risks at time of build, before they are deployed into production.
The Octarine software platform was integrated with VMware’s vSphere, NSX, VMware Cloud Foundation, and its newer Kubernetes-focused Tanzu platform. It will run alongside service mesh frameworks such as Tanzu Service Mesh to provide native anomaly detection and threat monitoring for cloud and container-based workloads.
Veeam Scoops Up Kasten
Veeam purchased Kubernetes-orchestrated container data protection startup Kasten for $150 million in cash and stock. The deal followed quickly on the tail of a partnership announced between the two vendors to offer a platform for protecting and managing data across cloud, physical, virtual, Kubernetes-based workloads.
And Two That Didn’t
While a number of Kubernetes-focused vendors were snapped up in 2020, two larger ecosystem players were not. D2iQ, which was previously known as Mesosphere, and Docker Inc. were both instrumental in the formation of the current Kubernetes sphere, but remained wobbling in their own respective orbits.
Google at one point this year was rumored to be eyeing a purchase of D2iQ in a move that would bring its enterprise-focused Kubernetes offerings in house. The name change was part of a deeper Kubernetes focus and move to help enterprises set up their cloud-native infrastructure to “day two” challenges of running that infrastructure in a production environment.
Docker Inc., which several years ago was rumored to be the target of a multi-billion-dollar purchase by Microsoft, spent 2020 trying to piece together a stable business model built around a tighter Kubernetes focus.
0 0 votes
Article Rating
Subscribe
Login