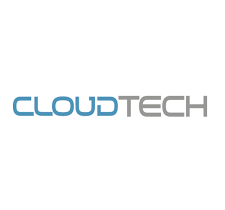 Italy plans to set up a national agency tasked with combating cyber attacks as it continues work on its unified cloud infrastructure.

The country is one of many European nations attempting to enhance their cybersecurity capabilities.

Many aspects of Italy’s digital security, which are dispersed among various Ministers and state bodies, are to be brought together under the authority of the Prime Minister.

The general director and his deputy will be appointed for four years, according to a draft decree reportedly seen by Reuters. Their mandate can only be renewed once.

The new agency will involve six departments and will, in the first instance, be staffed by 300 employees, with the intention of boosting this number to 800 by 2027.

The plan would need investment from the EU with about €900 million apparently earmarked for it.

With American-owned Amazon, Google and Microsoft being the world’s major cloud players, concerns over potential surveillance had been raised due to the adoption of the U.S. CLOUD Act of 2018.

Italy intends to create the cloud infrastructure through a public-private partnership, which will be implemented by a European tender.