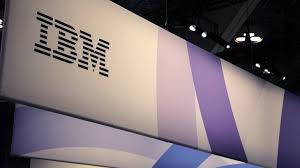 During today’s White House coronavirus task force press conference, President Trump announced the launch of a new public/private consortium to “unleash the power of American supercomputing resources.” The members of this consortium are the White House, the Department of Energy and IBM . Other companies, including Google, Amazon and Microsoft, as well as a number of academic institutions, are also “contributing lots of different things,” the president said.

While Trump’s comments were characteristically unclear, IBM provided more details, noting that it is working with a number of national labs and other institutions to offer a total of 330 petaflops of compute to various projects in epidemiology, bioinformatics and molecular modeling. Amazon, Google and Microsoft are also part of the consortium, which is being led by IBM, the White House Office of Science and Technology Policy, and the Department of Energy.

IBM and its partners will coordinate the efforts to evaluate proposals and provide access to high-performance computing resources to those that are most likely to have an immediate impact.

“How can supercomputers help us fight this virus? These high-performance computing systems allow researchers to run very large numbers of calculations in epidemiology, bioinformatics, and molecular modeling. These experiments would take years to complete if worked by hand, or months if handled on slower, traditional computing platforms,” writes Dario Gil, IBM’s Director of Research.

AWS has already dedicated $20 million to support COVID-19 research while Microsoft has already announced a number of different initiatives, though mostly around helping businesses cope with the fallout of this crisis. Google has now launched its own coronavirus website (though it’s very different from the one Trump once promised) and Alphabet’s Verily is helping Bay Area residents find testing sites if needed.

After today’s announcement, the White House shared statements from Microsoft, Google and other partners. “We know that high performance computing can reduce the time it takes to process massive data sets and perform complex simulations from days to hours,” said Mike Daniels, Vice President, Global Public Sector at Google Cloud, in his statement. “We look forward to participating in this initiative alongside leaders in technology, academia, and the public sector to make more resources available to COVID-19 researchers and to apply Google Cloud computing capabilities toward the development of potential treatments and vaccines.”

Similarly, Microsoft’s global head for its AI for Health Program, John Kahan, notes that Microsoft wants to “make sure researchers working to combat COVID-19 have access to the tools they need” by expanding access to its Azure cloud and by creating more opportunities for researchers to collaborate with the company’s data scientists.

“Today I’m also announcing the launch of a new public/private consortium organized by the White House, the Department of Energy and IBM to unleash the power of American supercomputing resources to fight the Chinese virus,” Trump, who continues to insist on calling COVID-19 ‘the Chinese virus,’ said in today’s press briefing.

“The following leaders from private industries, academia and government will be contributing and they are gonna be contributing a lot of different things, but compute primarily — computing resources to help researchers discover new treatments and vaccine. They will be working along with NIH and all of the people working on this. But tremendous help from IBM, Google, Amazon, Microsoft, MIT, Rensselaer Polytechnic Institute, the Department of Energy’s, the National Science Foundation and NASA. They are all contributing to this effort.”