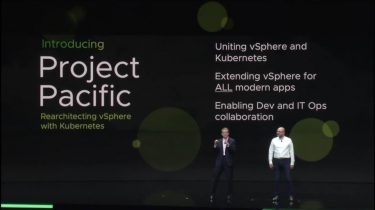 If there is one key takeaway from VMware’s annual user conference, VMWorld, it is Kubernetes that’s becoming the front and center of the company’s product strategy. Every VMware executive I met emphasized on how the engineering teams are fully embracing the open source container management platform to build the next generation of vSphere.

Project Pacific bridges the gap between traditional vSphere-based VMs and modern Kubernetes-based clusters. VMware has done a brilliant job by embedding Kubernetes right into the core of vSphere. Developers will see the new stack through the lens of Kubernetes while IT Ops continues to treat it like a traditional vSphere stack. This tight integration opens up many opportunities not just for VMware but for partners and the broader ISV ecosystem. Project Pacific essentially extended the relevancy of vSphere by at least a decade.

Tanzu is an umbrella brand for the container-based product portfolio from VMware. Mission Control is the first offering delivered under Tanzu’s branding. It is a centralized control plane to manage Kubernetes clusters running within on-prem data centers and public cloud platforms. I expect other container-based initiatives from VMware such as Project Harbor to join Tanzu. With Pivotal becoming a part of the company, it also makes a lot of sense in rebranding Pivotal Kubernetes Service (PKS) as Tanzu Kubernetes Service. This would remove the confusion that exists with Essential PKSand Enterprise PKS

This is not the first time I have seen VMware announcing an integrated product strategy in response to market dynamics. Firstly, it was vSphere Integrated OpenStack that promised a side-by-side deployment and management of vCenter and OpenStack. When containers started to become a thing, VMware announced vSphere Integrated Containers and Photon OS, an open source OS optimized for running a container inside a VM.