How to use a hybrid DevOps approach in project management 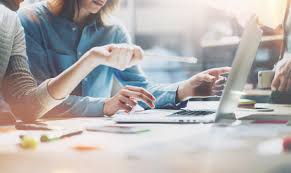 In IT project management, handoffs occur when specific project tasks are transferred to other project members or departments for the next phases of work. Handoffs from individual to individual, or function to function, are still heavily used in sequential and linear waterfall projectsbecause, they not only provide tracking on when a given project or task moves to another person or area, they also peg each task to an individual or function so there is accountability.

Task traceability and accountability help project managers and staff stay on task and create granular visibility into the status of a project.

DevOps projects provide a counterpoint to this traditional waterfall and highly linear concept of IT project management and to the handoff. In DevOps projects, accountability is not necessarily tracked to an individual, or even to a specific department as tasks are moved around or handed off. This can complicate a project manager’s ability to understand the project’s progress.

I am going to argue for the collaboration and team effort that DevOps provides, but not at the expense of eliminating the traditional project handoff altogether.

With this hybrid concept of DevOps and the handoff, you get a blend of several of the best elements of DevOps and traditional IT project management. You get a collaborative team effort with the accountabilities that can be tied to specific individuals or departments, ensuring that projects are moving forward toward the targeted business goals.

You want to see a project evolve to a point where it can be effectively deployed in production. The overseeing project manager needs visibility of all project tasks and know who is responsible for each task to assess project completeness and readiness. By combining the best of DevOps with time-proven accountability methods like project task handoffs, DevOps managers can get the best of both worlds.