How to Overcome Resistance to DevOps Implementation 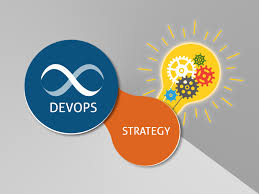 devops.com
The number of businesses adopting DevOps to make software releases happen faster without compromising on software quality continues to grow. Within the next five years, the DevOps market is expected to reach almost $13 billion. If you are among those who’ve decided to make a shift to DevOps, you are likely to experience resistance coming from the departments involved in a software development life cycle (SDLC), and even from end users, at the start of your DevOps journey.

In this article, we will outline the reasons why your employees may resist the DevOps approach and show how to overcome their resistance.

Among the benefits DevOps brings are the fast provision of new infrastructure, quick and reliable delivery of software updates, fewer post-release errors due to the implementation of continuous testing and the alignment of testing and production environments, etc. DevOps implementation requires efforts in establishing tight collaboration between the development, QA and operations teams, as well as adopting new tools and methodologies, such as containerization, IT infrastructure automation, continuous integration and continuous delivery (CI/CD) tools.

A new approach calls for project managers, developers, infrastructure management, QA and operations teams to leave their comfort zones and get used to new working conditions. However, each stakeholder has reasons to resist DevOps implementation and requires a tailored approach to overcome them.

The Resistance of Project Managers

Project managers (PMs) are the first to face the changes when the DevOps approach comes into force. Their resistance originates from a range of new duties, new responsibility and knowledge they need to add to their playbook, such as:

PMs should become DevOps evangelists as they will be the ones who will contribute the most to overcome the resistance of other parties involved. A CIO should provide a PM with sufficient training on all DevOps-related aspects. Such training should include the management of the development, the QA team and the operations team in the context of close collaboration between them. It should also provide the PM with the understanding of DevOps methodologies and tools–containerization, infrastructure as code (IaC), continuous integration and continuous delivery (CI/CD), cloud technologies, etc.

The Resistance of Developers

Developers may resist DevOps adoption due to the following reasons:

The Resistance of a QA Team

A QA team may feel concerned about a faster SDLC DevOps implementation, since it entails less time for testing. Test engineers now need to acquire new skills prescribed by automation across the entire SDLC. In particular, they face the need to learn new tools for automated testing (Selenium, Appium, fMBT) and API testing (JMeter, Postman).

To make QA engineers less risk-averse, QA managers in cooperation with PMs, should provide them with appropriate training (tools for automated testing and API testing) and show the advantages DevOps may bring. An opportunity to increase test engineers’ qualification level, less effort on testing activities than required with manual testing are among such benefits.

The Resistance of an Infrastructure Department Manager

The Resistance of Operations Engineers

With DevOps in place, the operations team will have to coordinate their efforts with developers and the QA team from the very beginning of the project, as well as regularly report to the PM on the tasks completed, which is not the usual work approach. To be able to work in the DevOps environment, operations engineers will also have to get familiar with a range of IT automation, version control and other tools. What’s more, the operations staff’s responsibilities will now include the provision of the information on the IT infrastructure functioning to business and technical stakeholders.

To help an operations team adapt to the DevOps culture, the infrastructure department manager should deliver training to make operations engineers familiar with new tools and technologies they will need to use, e.g., version control systems (Git, Team Foundation Server), software deployment automation tools (Chef, Puppet), etc. A PM, in their turn, will need their soft skills to increase the operations team’s willingness to work in close alignment with development and QA teams.

The Resistance of End Users

It may sound surprising, but even the primary beneficiaries of the DevOps approach implementation may resist the changes DevOps brings. There are two reasons for it:

To dispel end users’ DevOps-related doubts, PMs must do their best to earn their trust by establishing strong communication with end users. If, for example, end users know software testing covers critical software functionality and the probability of post-release errors is minimized, their confidence in software reliability and the overall trust in the DevOps approach rises.

Each party involved in software development has its reasons to be suspicious when the DevOps approach is coming on board. New duties, close collaboration, the necessity to apply new tools and other DevOps-related changes may make project managers, developers, QA engineers, IT infrastructure managers, an operations team and even end users resist the new approach.

To overcome the resistance, a company’s CIO should maintain open communication with each party involved in SDLC, explain their new duties and listen to their concerns. It’s essential to make sure each team member realizes what changes and advantages DevOps brings into SDLC. To ensure they have the necessary knowledge and skills, appropriate training should be provided to project managers, developers, QA team, IT infrastructure manager and the operations team.