How the Docker cloud is transforming business 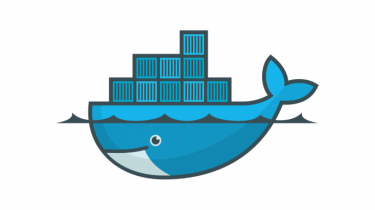 Will Docker and Kubernetes deliver a new age of hybrid cloud services and efficient applications deployment? Enterprises have been shifting their focus from private to hybrid cloud infrastructures for the past few years. The flexibility that the hybrid cloud offers is undeniable. However, CTOs have quickly discovered few hybrid cloud solutions give them complete infrastructure

Will Docker and Kubernetes deliver a new age of hybrid cloud services and efficient applications deployment?

However, CTOs have quickly discovered few hybrid cloud solutions give them complete infrastructure management when deploying applications across their networks. VMware and OpenStack have attempted to resolve these issues.

Enter Docker and Kubernetes, which are establishing themselves as the open-source alternative for enterprise application deployment. The hybrid cloud, by its nature, is a flexible platform.

Says Gahl Levy, Product Manager at DataStax responsible for the company’s development of products around containers and Kubernetes: “Docker in itself was a game-changer when it was released – it made it simpler and easier to deploy applications in a platform-agnostic way across an enterprise’s infrastructure. Rather than tending to individual server needs, DevOps personnel can focus on containerising their applications. They then know their applications will work in the same manner across cloud, on-premise and hybrid cloud environments.”

Moving applications to standardised containers improves efficiency and system management. A container can include all the runtime assets such as code, system tools, system libraries and settings. Unlike virtual machines, containers offer more efficiency and critically, portability – an ideal scenario for hybrid cloud deployment.

To discover whether Docker and container architectures should be a focus for CIOs, Silicon spoke with Marco Palladino, Co-founder and CTO of Kong, the most widely adopted open-source API platform.

Silicon began by asking What is the current awareness of Docker amongst CIOs?

“Docker, a technology born in 2013 (six years ago), is now popular enough to be recognised by the large majority of CIOs, especially within the technology, banking and financial sectors,” Palladino explained. “What varies is the depth of expertise and understanding of the technology. However, after more than half a decade, it’s safe to say that the awareness of Docker has been established.

How vital is Docker and Kubernetes to the successful creation and deployment of hybrid cloud services?

“Hybrid cloud services describe an architectural pattern, while Docker and Kubernetes are technologies. The main benefits of Docker are to provide a standardised way to package and distribute applications across different platforms, regardless of their underlying operating system or architecture.

“Kubernetes breaks down the dependency on vendor-specific APIs (like the AWS API, the Azure API and so on) and replaces it with a portable, platform-agnostic API, therefore, making the technology a perfect fit in hybrid environments. Kubernetes is by any means a simple technology, and it shouldn’t be seen as a panacea for existing infrastructural or architectural problems. The organisation must invest resources to build a capable R&D team to benefit the most from new, modern tooling.”

What are the current pressure points CIOs are feeling when managing Docker across their businesses or organisations?

“Fragmentation. While some workloads may be running well in Docker and modern container orchestration platforms like Kubernetes, it may be still hard to run legacy applications in these challenging environments, effectively creating a two-speed highway within the organisation that can cause fragmentation over time.

“Also, it’s important that there is a plan in place to reconcile this fragmentation by having a strategy that allows CTOs to connect, secure, monitor and deploy both modern applications and legacy applications across traditional environments and simultaneously on containers. This also helps avoid cloud vendor lock-in at all cost when adopting a multi-cloud strategy.”

Are virtual machines redundant? Is Docker’s containers the future of development and deployment across the hybrid cloud?

“Virtual machines are still required to run Docker containers because that’s where container orchestration platforms like Kubernetes ultimately run. I wouldn’t consider Docker a replacement for VMs. Docker is an additional abstraction layer that sits above virtual machines and allows them to be a more efficiently manage resources while providing a standardised distribution for any workload across any cloud and data centre. Because of this, I see Docker as the future of the hybrid cloud.”

From a DevOps perspective, is Docker et al offering a new way to approach application development for cloud platforms?

“Docker and its ecosystem provide a platform-agnostic, distributed way of thinking about our applications. By doing so, they make it easier to build decoupled systems that move away from legacy monolithic architectures.

“Docker and Kubernetes do provide a great opportunity to modernise and positively impact the business, as long as the organisation keeps investing in R&D and adopts enabling technology that is built to work well with this new era of software.”

How are Docker and Kubernetes changing microservices architectures?

“However, as we decouple our systems into microservices, we enable more API communication over a network across our applications. Performance and security become even more critical to encrypt, secure and accelerate the flow of information across our services.

“While Docker and Kubernetes allow us to deploy our workloads across multiple clouds and platforms, it’s important that we do not rely too much on cloud vendor solutions to secure and monitor our traffic. In the long term, that creates inconsistencies and fragmentation. Instead, we want to adopt platform-agnostic technology that can be deployed within our Kubernetes cluster that consolidates how we manage and operate our services across every environment, across every cloud.”

What does the future of containerised applications look like?

“We will be able to take full advantage of containerised applications when we also provide an enabling path for legacy application and brownfield use cases to transition to these modern architectures.

“Containerised applications will become the foundation – the primitive – that we work with to build more complex, self-healing systems over time. Serverless and FaaS are also interesting technology trends because they paint a vision of the future where we will not need containers at all.

As the hybrid cloud proliferates managing these networks and the applications they contain, will need a new approach. Moving platforms like Docker and Kubernetes has the potential to transform how CIOs and CTOs deploy their networks.

“Containers will get smaller and nimbler,” said Lee Atchison, senior director, cloud architecture, New Relic. “There will be more of a focus on standardised base images. These can make containers lighter weight and allow underlying OS’s to focus on optimisations for those base image types.”

With Scott McCarty, Principal Product Manager, Containers, Red Hat concluding: “We’ve seen a real expansion in awareness around containers since 2014. The adoption of containers was a bottom-up movement, similar to Linux. It started with pioneering Developers and Systems Administrators looking for better management of deployments (and removal of those deployments at the end of life). In the last 18-24 months, it has become the strategic direction for large institutions, and many more CIOs are paying attention.”

The current use of VMs will continue to underpin the vast majority of application deployments across the hybrid cloud for the foreseeable future. Containers, though, are more robust and flexible. DevOps, in particular, will see a shift to this technology over the short term. As businesses need to become more agile, Docker and Kubernetes are technologies few CIOs and CTOs can ignore.