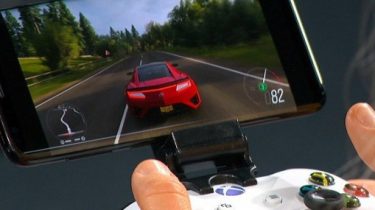 A few days ago Google added some substance to its cloud gaming ambitions by announcing more details, including a list of games and pricing, of its Stadia platform. Shortly after Microsoft had its big E3 reveal, which of course focused on plans for its Xbox gaming console. These included the ability to stream games from a console to a mobile device and the opportunity for attendees to stream games from the cloud via the Project xCloud streaming service.

The difference between the two is that the latter doesn’t require you to own an Xbox console and so is directly equivalent to Stadia. Microsoft first announced Project xCloud last October, so it’s clearly a tricky proposition if this is the progress it has managed in the intervening 8 months. Having said that, at least one gaming hack seemed impressed with the streaming performance, noting that the latency was acceptably low.

Low latency will be the killer feature of 5G if this sort of thing is to drive truly mobile gaming, as we noted from MWC earlier this year. Not only is it a prerequisite for fast-paced first-person shooter games, in which any delay presents a massive competitive disadvantage, but it’s widely recognised that its essential for the virtual reality user experience.

You can see a bit more from the Microsoft E3 announcement below, but the company still seems to be keeping its cards fairly close to its chest on this topic. Maybe one reason is that it’s trying to work out what this means for its cloud gaming partnership with Sony, which just happens to make the main competitor to the Xbox. The market is clearly receptive to cloud-based subscription services for its entertainment such as Netflix and Spotify. We will soon find out if this applies to gaming too.