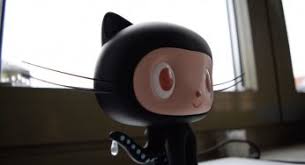 The CodeSearchNet Corpus is a collection of a large dataset of functions with associated documentation written in Go, Java, JavaScript, PHP, Python, and Ruby from open source projects on GitHub. The dataset is collected from publicly available open-source non-fork GitHub repositories, using libraries.io in order to identify all projects which are used by at least one other project and sort them by “popularity” as indicated by the number of stars and forks. The CodeSearchNet consists of 99 natural language queries with about 4k expert relevance annotations of likely results from CodeSearchNet Corpus.

The fully preprocessed CodeSearchNet Corpus is available for download on Amazon S3, which includes:

Furthermore, researchers also released data preprocessing pipeline for other researchers and developers to use it as a starting point in applying machine learning to code. The pipeline currently supports 6 programming languages which are Python, Java, Go, Php, Ruby, and Javascript. It also parses function calls and links them with their definitions for Python.

NCS is an unsupervised model for neural code search developed at Facebook which uses only word embeddings derived from a code corpus. While UNIF is a supervised extension of the base NCS technique which uses a supervised neural network model to improve performance when good supervision data is available for training.

Recent years have shown several substantial successes in working with natural language datasets. However, there a0re certain times that researchers find difficulty with deep learning models on highly-structured data. According to the researchers, searching an image or a document on natural language is easier than searching code. In order to mitigate these problems, researchers from GitHub introduced the CodeSearchNet challenge along with the large corpus. In a blog post, the researchers further stated that the researchers will be expanding the evaluation dataset to include more languages, queries, and annotations in the future.