How continuous deployment can help you keep pace with your competitors 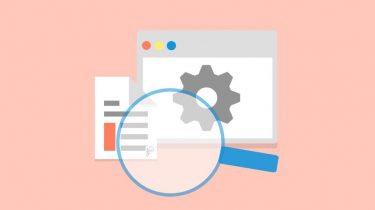 With every company now a software company, here’s how continuous deployment makes you stand out from the crowd.

As software continues to take over, many adjacent aspects of the development process have become ripe for code to evolve. Infrastructure topics such as integration and deployment are prime examples, and within the rise of DevOps, the CI/CD pipeline is now mainstream among software companies. But now that the concept of CI/CD is everywhere, understanding this pipeline – and how continuous deployment should be factored in – is critical to keeping your organisation on par with other software companies in a world that is starting to overflow with them.

Continuous integration (CI) is a development practice that requires developers to integrate code into a shared repository several times a day. Each check-in is then verified by an automated build, allowing teams to detect problems early. When you have a team of developers, you need to integrate the different features before you’re ready for a release. By integrating this frequently, your team can surface errors earlier, and the amount of backtracking needed to find their cause is also much reduced allowing your team to resolve the integration errors much faster.

Continuous delivery (CD) is about ensuring that every good build is potentially ready for production release. It can be unwise to have every build be an actual release, so a slightly different definition is needed for builds that can potentially be releases but need not be automatically deployed – hence the existence of “continuous delivery.” Together with continuous integration, these stages form the typical CI/CD pipeline.

Do your continuous deployment justice

Combining both CI/CD and continuous deployment into a continuous pipeline provides visibility and encourages communication between the development and operations teams, specifically around building, testing and deploying software. No two pipelines will be exactly the same as each organisation has its own processes, governance and compliance that need to be built in; however, there are some universal benefits of integrating continuous deployment, including:

Generally, businesses should avoid building their own CI/CD and continuous deployment software in house unless it’s the product they’re selling to customers. Do you build your own email infrastructure or internal communications tools, like Slack or Skype, in-house? No. Therefore, you shouldn’t build this software in-house either. The one key motivation for having this pipeline is to make integration and deployment work simple and reliable, and the same reasoning applies to not building the software from scratch. Don’t use up the valuable time of your developers to build this software – instead invest in good, customisable tools that can provide the value that you need.

Part of this requires two processes to work effectively: release automation and release orchestration. Release automation is when you automatically package and deploy your applications to put them through testing and eventually into production. It helps release management to progress quickly and seamlessly, and enables you to get to continuous deployment.

Release orchestration, meanwhile, is the logic of your entire pipeline, and you shouldn’t be writing scripts for this. Orchestration helps with the day-to-day workings of the pipeline, and ensures that actions such as security testing are complete and that all changes are approved by the right people. It is essentially the puppet master of the pipeline, and incorporating this into your delivery lifecycle means that the whole project stays on track.

Become the master of your metrics

Understanding the basics of all of this provides businesses with a good foundation for not only understanding the other connected concepts, like a CI/CD and continuous deployment pipeline, but also knowing how having a proper pipeline can bring your IT team in line with the most successful companies in the software industry.

If your team is yet to implement this type of pipeline, your next step therefore is to plan for it. Communicate with your architect and project manager to establish a code-freeze week to set up. The simplest way to integrate this is in two stages: implement CI and CD first, as these set the foundations, then set up continuous deployment as stage two. It’s important to measure your team’s velocity in delivering software requirements before and after these changes go live because, as an IT leader, you need to ensure that your changes are demonstrably beneficial for all. If your team does already have a CI/CD and continuous deployment pipeline, your aim is to speed it up and improve the quality. To do this, you need to have metrics in place that act as a baseline – after all, you can’t improve if you can’t measure.

Speed is the name of the game. When your team can see and feel the difference in their development speed, your executives will be thankful that you bit the bullet to bring about hard but necessary changes for the company. With all this to gain, if your team hasn’t started implementing CI/CD with continuous deployment yet, what are you waiting for?