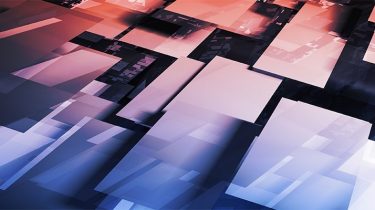 HashiCorp’s Consul service mesh will be offered as a hosted service on Microsoft Azure, where it can link container clusters along with VMs in multiple regions.

Microsoft Azure users will get a hosted version of the HashiCorp Consul service mesh as multi-platform interoperability becomes a key feature for IT shops and cloud providers alike.

Service mesh is an architecture for microservices networking that uses a sidecar proxy to orchestrate and secure network connections among complex ephemeral services. HashiCorp Consul is one among several service mesh control planes available, but its claim to fame for now is that it can connect multiple VM-based or container-based applications in any public cloud region or on-premises deployment, through the Consul Connect gateway released last year.

The two companies unveiled this expansion to their existing partnership this week at HashiConf in Seattle, and touted their work together on service mesh interoperability, which also includes the Service Mesh Interface (SMI), released in May. SMI defines a set of common APIs that connect multiple service mesh control planes such as Consul, Istio and Linkerd.

Industry watchers expect such interconnection — and coopetition — to be a priority for service mesh projects, at least in the near future, as enterprises struggle to make sense of mixed infrastructures that include legacy applications on bare metal along with cloud-native microservices in containers.

“The only way out is to get these different mesh software stacks to interoperate,” said John Mitchell, formerly chief platform architect at SAP Ariba, a HashiCorp Enterprise shop, and now an independent digital transformation consultant who contracts with HashiCorp, among others. “They’re all realizing they can’t try to be the big dog all by themselves, because it’s a networking problem. Standardization of that interconnect, that basic interoperability, is the only way forward — or they all fail.”

Microsoft and HashiCorp talked up multi-cloud management as a job for service mesh, but real-world multi-cloud deployments are still a bleeding-edge scenario at best among enterprises. However, the same interoperability problem faces any enterprise with multiple Kubernetes clusters, or assets deployed both on premises and in the public cloud, Mitchell said.

“Nobody who’s serious about containers in production has just one Kubernetes cluster,” he said. “Directionally, multiplatform interoperability is where everybody has to go, whether they realize it yet or not.”

For now, Consul has a slight edge over Google and IBM’s open source Istio service mesh control plane, in the maturity of its Consul Connect inter-cluster gateway and ability to orchestrate VMs and bare metal in addition to Kubernetes-orchestrated containers. Clearly, it’s pushing this edge with HashiCorp Consul Service on Azure, but it won’t be long before Istio catches up. Istio Gateway and Istio Multicluster projects both emerged this year, and the ability to integrate virtual machines is also in development. Linkerd has arguably the best production-use bona fides in VM-based service mesh orchestration. All the meshes use the same Envoy data plane, which will make differentiation between them in the long term even more difficult.

“Service mesh will become like electricity, just something you expect,” said Tom Petrocelli, an analyst at Amalgam Insights in Arlington, Mass. “The vast majority of people will go with what’s in their preferred cloud platform.”

HCS could boost Consul’s profile, given Microsoft’s strength as a cloud player — but it will depend more on how the two companies market it than its technical specifications, Petrocelli said. At this stage, Consul doesn’t interoperate with Azure Service Fabric, Microsoft’s original hosted service mesh, which is important if it’s to get widespread adoption, in Petrocelli’s view.

“I’m not really going to get excited about something in Azure that doesn’t take advantage of Azure’s own fabric,” he said.

Without Service Fabric integration to widen Consul’s appeal to Azure users, it’s likely the market for HCS will pull in many new customers, Petrocelli said. Also, whether Microsoft positions HCS as its service mesh of choice for Azure, or makes it one among many hosted service mesh offerings, will decide how widely used it will be, in his estimation.

“If [HCS] is one of many [service mesh offerings on Azure], it’s nice if you happen to be a HashiCorp customer that also uses Azure,” Petrocelli said.