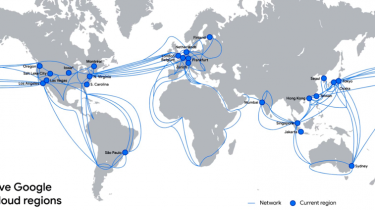 “Large scale deployments often span geographies,” states a Google blog. “You may want a VMware environment deployed in Virginia to communicate with one that’s deployed in Frankfurt. In a typical cloud context, you have to configure special networking between the two regions, often requiring a VPN-based tunnel over the WAN to ensure uniform network addressing.”

Google Cloud solves this problem via VPCs that support global routing. This allows a VPC’s subnets to be deployed in any region worldwide. “With this support, global deployment scenarios become very straightforward: when you create a private cloud in any of the regions supported worldwide, you get instant, direct Layer 3 access between them without having to configure any special connectivity,” states Google.

According to Google, users deploy their applications in private clouds in different regions for latency, data sovereignty or backup reasons. However, each private cloud comes with its own DNS endpoint, which creates complexity. Google has simplified this by enabling the use of Cloud DNS with VMware Engine. This feature allows users to resolve the domain names of management components of multiple private clouds with a single DNS management point.

Finally, Google’s HCX cloud-cloud migration allows users to migrate VMs between two VMware Engine private clouds. And with Global Routing, they can move across geographies without having to set up complex tunnels.