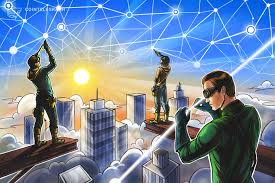 Ubiquitous tech behemoth Google cloud wing is entering into another partnership with a blockchain platform, Cypherium.

Cypherium announced the new partnership in a press release shared with Cointelegraph on Aug. 13. Cypherium describes its product, Cypherium Enterprise, as an enterprise-focused blockchain platform with a focus on scalability and decentralization. As a result of this partnership, Google Cloud customers will have access to Cypherium’s blockchain solutions, as per the announcement.

As per the press release, Cypherium purports to offer an enterprise blockchain that supports thousands of transactions per second, in addition to confidentiality and blockchain interoperability. Cypherium CEO Sky Guo remarked:

“We’re delighted to be collaborating with Google Cloud to provide enterprises with a full-stack solution to harness the potential of this paradigm-shifting technology. The growing demand in the market for DLT solutions in the financial industry and beyond drives our commitment to this collaboration.”

According to its website, Cypherium also uses a Turing-complete virtual machine written in Java to run its smart contracts. Since Java is so widespread, using this language for its smart contracts system lowers the barrier to blockchain adoption, they say.

According to the press release, Cypherium has also partnered with Amazon Web Services and IBM Cloud.

As reported by Cointelegraph, Google Cloud added blockchain platform Qtum to its roster of software partners in May. Qtum focuses on smart contracts and decentralized applications (DApps), and has a suite of developer tools supplied on Google Cloud; these offerings include DApp dev tools, support for launching a full node, and tools for forking and staking within Qtum.

According to the announcement, Google Cloud will automatically update Qtum source code for all its developers:

“When the Qtum source code is updated, Google Cloud will automatically update the code everywhere, saving developers the need to manually re-download in order to remain on the latest version.”