Google Cloud, MongoDB Take Their Alliance To The Next Level 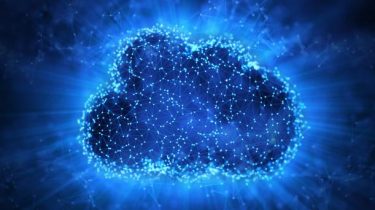 Next-generation database developer MongoDB and Google Cloud are extending the strategic alliance they launched two years ago with a new partnership deal under which the MongoDB Atlas cloud database will be integrated with a slew of Google Cloud services.

The move is expected to provide systems integrators, ISVs and other solution provider partners of the two companies with new opportunities in cloud application development and cloud data migration.

The new pre-built integrations and reference architectures being developed by MongoDB and Google Cloud will make it easier for an ISV partner or an in-house developer to build applications that tie into both MongoDB Atlas and all those Google Cloud services, said Alan Chhabra, MongoDB senior vice president of worldwide partners.

“A developer, who is the person who uses MongoDB the most, potentially can now get a full-stack architecture to develop applications centered around MongoDB Atlas and Google Cloud services,” said Chhabra in an interview with CRN.

In February 2020 Google bought Cornerstone Technology and its tools for migrating mainframe workloads to the cloud. Those mainframe modernization tools now support MongoDB Atlas, the companies said Thursday, making it easier to convert legacy Cobol code on mainframes into Java-based applications that can run on MongoDB.

Those capabilities will assist global and regional systems integration partners that MongoDB and Google Cloud work with for projects to modernize legacy mainframe applications and move them to Google Cloud, said Chhabra.

Shortly after taking the job of Google Cloud CEO, Thomas Kurian said the company would work more closely with developers of open-source software. In 2019 MongoDB took Google Cloud up on that promise, striking a go-to-market partnership through which MongoDB Atlas was offered through the Google Cloud Platform Marketplace.

And in 2020 MongoDB Atlas became a fully managed service directly integrated with the Google Console, providing integrated billing and support for the companies’ joint customers.

This week Chhabra said that in the last year MongoDB and Google Cloud have seen a 300 percent year-over-year increase in joint customer wins, particularly in such vertical industries as financial services and retail.

Altogether the database vendor has some 22,600 customers.

MongoDB runs on all three of the hyper-scale cloud platforms, including Amazon Web Services and Microsoft Azure. (AWS offers Amazon DocumentDB, its own database software that some observers see as competing with MongoDB.)

In 2019 MongoDB allied with Alibaba to bring its cloud database service to China.

“We are delighted to expand our partnership with MongoDB to deliver Atlas at global scale on Google Cloud and help businesses leverage data in their digital transformations,” said Kevin Ichhpurani, corporate vice president, global ecosystem at Google Cloud, in a statement. “This announcement builds on our shared commitment to helping businesses build a foundation for data-driven transformation. We are excited to build on significant customer successes with MongoDB on Google Cloud.”