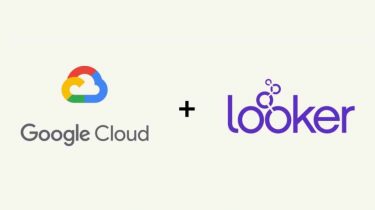 For Google Cloud – whose bill is chump change compared to what Salesforce is outlaying for Tableau – Looker represents more options for customers looking to migrate data from legacy technology stacks to BigQuery, Google’s enterprise data warehouse. As Google Cloud chief Thomas Kurian put it, it will help offer customers “a more complete analytics solution from ingesting data to visualising results and integrating data and insights into… daily workflows.” Looker, meanwhile, gets a surrogate while shareholders get a pile of cash. Yet the key to making it all work is multi-cloud.

Google’s primary focus at Next in San Francisco back in April, as this publication noted at the time, was around hybrid cloud, multi-cloud – and in particular open source. The highlight of the keynote was a partnership with seven open source database vendors, including Confluent, MongoDB, and Redis Labs. Looker is compatible across all the major cloud databases, from Amazon Redshift, to Azure SQL, Oracle, and Teradata. CEO Frank Bien confirmed that customers should expect continuing support across all cloud databases.

“[The] announcement also continues our strategic commitment to multi-cloud,” wrote Kurian. “While we deepen the integration of Looker into Google Cloud Platform, customers will continue to benefit from Looker’s multi-cloud functionality and its ability to bring together data from SaaS applications like Salesforce, Marketo, and Zendesk, as well as traditional data sources. This empowers companies to create a cohesive layer built on any cloud database, as well as on other public clouds and in on-premise data centres.

“Looker customers can rest assured that the high-quality support experience that Looker has provided will be bolstered by the resources, expertise, and global presence of our cloud team,” Kurian added. “We will also continue to support best of breed analytics and visualisation tools to provide customers the choice to use a variety of technologies with Google Cloud’s analytics offering.”

Google had long been partners with Looker before the acquisition developed. In July, Looker announced an integration with BigQuery whereby data teams could create machine learning models directly in the latter via the former. The companies shared more than 350 customers, including Buzzfeed, Hearst, and Yahoo!

“The data analytics market is growing incredibly fast as companies look to leverage all of their data to make more informed decisions,” said Frank Gens, senior vice president and chief analyst at IDC. “Google Cloud is one of the leaders in the data warehouse market, and the addition of Looker will further strengthen their ability to serve the needs of enterprise customers while also advancing their commitment to multi-cloud.”