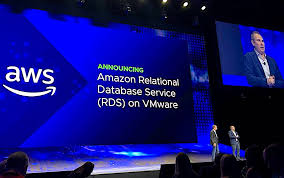 Senior execs from Google Cloud and Amazon Web Services (AWS) have slammed Microsoft over changes to how it charges customers using its software on other public clouds.

Microsoft announced that it would be changing how its customers can use their on-prem licences on the dedicated servers from four cloud providers: AWS, Alibaba, Amazon and Google, plus Microsoft itself.

It twinned the move with the announcement of its Azure Dedicated Host service.

Until now, customers have been able to use the same on-premise licence when moving a workload to a dedicated host in the public cloud, without paying any additional fees. This is because the single-tenant host is treated the same as a traditional outsourcing provider.

But customers will now have to pay additional fees from 1 October if they want to run Microsoft software on dedicated services from the listed providers.

For some services, customers will be required to buy Microsoft’s Software Assurance package, or procure the software through the Service Provider License Agreement. They will not be able to bring their own licences.

There are however discounts available for customers wanting to move from on-prem to Microsoft’s own Azure Dedicated Host, which has irked its competitors.

Google Cloud president Robert Enslin slammed Microsoft on Twitter, accusing it of “vendor lock-in” and “taking its greatest hits from the ‘90s to the cloud”.

Shelf-ware. Complex pricing. And now vendor lock-in. Microsoft is taking its greatest hits from the ’90s to the cloud.

AWS CTO Werner Vogels, meanwhile, accused Microsoft of “yet another bait and switch”.

Yet another bait+switch by $MSFT, eliminating license benefits to force MS use. 1st, MS took away BYOL SQL Server on RDS, now no Windows upgrades w/BYOL on#AWS. Hard to trust a co. who raises prices,

She said that Microsoft has made a number of tweaks over recent years that have hampered AWS customers.

“While these changes might not seem as restrictive as yet another threat of a software audit, this isn’t the first time Microsoft has made ‘subtle’ changes to its licensing that are slowly chipping away at your options,” she said.

“In 2018, Microsoft removed customer’s rights to bring your SQL Server licences to AWS and use them with our managed service, Amazon Relational Database Service.

“Microsoft wants you to believe that this is just “removal of outsourcing rights”, but Microsoft is looking to restrict what computer you can use. And what cloud.”

At the moment, Microsoft customers are allowed to use the same licence if they want to move a workload from an on-prem environment to hardware managed by a traditional outsourcing firm.

Until now, this had also translated to single-tenanted public cloud servers – but Microsoft said this should not be the case because “dedicated hosted cloud services by major public cloud providers typically offer global elastic scale, on-demand provisioning and a pay-as-you-go model, similar to multi-tenant cloud services.”

Customers now wanting to run Microsoft software on single-tenant cloud servers of AWS, Alibaba, Microsoft and Google will have to pay additional fees on top of the standard licensing. No other providers will be affected.

However, customers moving from on-prem to Microsoft’s own dedicated cloud server offering can save money by using its Azure Hybrid Benefit.