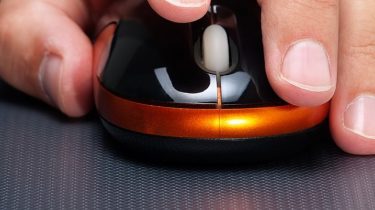 Many media organizations grappled through the transition from print to online publishing, and the Globe and Mail is no different. But today, the large Canadian news outlet has firmed up a strategy around digital subscription growth and deeper engagement with its readers, with AWS as a technological foundation.

The Globe and Mail undertook an AWS migration several years ago, with an emphasis on its AI and machine learning capabilities. The paper uses AWS tools such as SageMaker, Comprehend, Rekognition and Textract in order to enrich its coverage and target reader interests in an automated way.

In addition, the company has deployed its recommendation engine and custom-built predictive analytics platform, Sophi, on AWS. Sophi uses machine learning to predict how much interest a particular story will probably get once published. This helps editors make decisions on what content to put behind its paywall and how much promotional effort should be devoted to a given piece.

When Globe and Mail CTO Greg Doufas first arrived at the media outlet, it was already on the cusp of a shift into the cloud. “I expected to set up a big Oracle [database] environment and put SAS on it

Now, the vast majority of the Globe and Mail’s technology footprint is on AWS, chiefly its content management system. The paper was the first launch partner for Arc Publishing, the CMS developed by the Washington Post for its own use. The Post now offers it under license to other news organizations, hosted through AWS.

The partnership was a bit of a risky move on paper, Doufas acknowledged, but it has worked well for the Globe and Mail. Arc represents a massive improvement over the company’s previous custom-built CMS, he said. The Globe has also taken a cue from Arc and is commercializing its Sophi analytics platform.

Doufas originally came to the Globe as a member of its data science and analytics team. He became CTO around four years ago and now leads a team of about 120 people, half of whom are developers, UX designers and data scientists.

Previously, the paper didn’t really have a proper data layer for advanced analytic pursuits. Instead, it used off-the-shelf traffic analytics services from companies such as Google and Adobe, and the results didn’t have long-term viability.

“You’d put the tags on [content], and it would tell you as much as you wanted to know about traffic and patterns and traditional web metrics,” Doufas said. “But everything was just a report. I couldn’t get to the raw data. I couldn’t imagine doing my job here and evolving the business without manipulating raw data. What were my data scientists going to do? Use dashboards and reports?”

For the Globe and Mail, deeper analysis of traffic data and user behavior is key to its survival.

“Our intimate and scientific understanding of our audience and the content we create is our competitive advantage,” Doufas said. “No matter how gorgeous the design is … we will leave it on the cutting floor if it doesn’t perform.”

While the Globe is a heavy user of AWS services, it still works with other clouds. “Any CTO worth their salt will want to hedge their bets,” Doufas said. “We will always have a bit of a toe in the water with other [cloud providers].” However, going largely with one cloud provider can provide cost incentives that apply in connection with higher spend, he added.

The AWS migration has also fixed any issues with scalability on the digital publishing side, and Globe and Mail readers also have a much more responsive experience. This is crucial to the company.

When the paper conducted custom audience research some years back, the top reasons cited for loyalty to a given news provider were speed and performance, Doufas said. “Trust and credibility and page load speed are attributes that are really intertwined.”