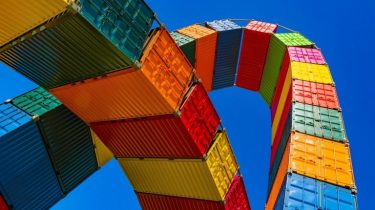 Increased speed to market is one of the biggest benefits of adopting new cloud computing technology. For most companies this means increased return on investment; but when it comes to the healthcare industry, getting drugs to market fast is about more than driving profit. It’s about saving lives and improving life quality for those affected by disease.

Today, as COVID-19 holds the world in its grip, optimizing the research and development pipeline is more critical than ever. Healthcare technology has been a beneficiary of the pandemic as a switch to telehealth creates a groundswell of investment and research into ways to diagnose and treat patients virtually. But what about creating medicines or a vaccine for the virus?

GSK multiplies ‘science x technology x culture’ to improve the R&D pipeline
Multinational pharmaceutical company GlaxoSmithKline PLC is one of the largest drug developers in the world. With an R&D approach that multiplies science, technology and culture together, GSK aims to “deliver better medicines to more patients, faster.”

“Here at GSK, we allow science to drive the technology. This helps us to build innovative products that helps our scientists to make better and faster additions throughout the drug discovery pipeline,” said Vishnu Chelle, engineering manager of DevOps engineering, at GlaxoSmithKline.

Speaking during a live session at Mirantis Launchpad 2020, Chelle discussed how GSK has leveraged Docker Enterprise to revolutionize its internal pipeline for scientific research and development.

The basis of GSK’s R&D is the company’s data platform, which provides a centralized resource for research information that can be accessed by scientific teams across the globe. Previous to 2015, the companies 10,000+ scientists worked in siloed teams with little ability to collaborate on research.

“There wasn’t really an ability to share that information across the R&D organization and to use the power of the aggregation of that information to make better decisions,” said Mark Ramsey, the R&D chief data and analytics officer responsible for building the platform.

Based on Docker Enterprise, now part of Mirantis Inc., the platform has undergone constant evolution since its inception four years ago. Originally known as the R&D information platform, or RDIP, it was developed to centralize, curate and rationalize R&D data in order to drive strategic business value, according to Chelle, who listed standardized clinical trials, genome-wide association study analysis, and processing of real-world evidence data as some of the first use-case examples.

“Now a new set of business levels are changing our landscape,” Chelle stated. “The R&D information platform is evolving to be a hybrid multicloud solution and is known as R&D data platform.”

GSK’s container journey started in late 2017, when the company started working with Docker Enterprise. The focus for the first year was testing, making sure the platform was stable before uploading data or applications. By 2019, GSK was uploading data and deploying applications in a production environment. At the same time, Kubernetes orchestration was added to the Docker Enterprise platform as the default orchestrator, and by the beginning of 2020 the company had migrated all its microservices onto the platform.

“We have made the container-first approach as an architecture standard across R&D tech in GSK,” Chelle stated. “Our goal was to make this platform agile [and] … work at scale.” One main goal was for R&D users to be able to consume the data and services available on the platform seamlessly in a self-service fashion.

“Docker Enterprise allows GSK to support a multitude of tools and technologies and interfaces so that scientists can run data analysis at scale,” stated Ranjith Raghunath, senior director and product director of data platform and data services (R&D Tech) at GlaxoSmithKline, in a Mirantis case study examining GSK’s implementation of Docker Enterprise.
Edge Node On Demand brings agility to GSK data platform
One of the major accomplishments of the platform evolution was the creation of Edge Node On Demand for rapid prototyping and multi-cluster communication.

“Edge Node On Demand is a project where we spin up containers on demand effectively to provide an agile platform for the business,” Raghunath said.

That agility directly impacts the R&D pipeline, bringing tasks that previously would have taken from three to six months down to — in some cases — as little as a few minutes.

“We’ve seen that already happen, whether it be in clinical trials with digital devices, or the secondary use of data and clinical trials to better predict patient populations, or the precision medicine initiative, or genetics or genomics. All of this plays a factor,” Raghunath said. “Technology can enable us to get to the next horizon quickly.”

Thanks to the Docker Enterprise platform, GSK has not only created an easily accessible database for global scientific collaboration, but has hit the big data goal of “more, better, faster, cheaper” when it comes to delivering critical medicines to those who need them.

“By making Docker image as an immutable artifact in our build process, we are now able to deploy our apps or models in any container or Kubernetes based platform, either in on-prem or in a public cloud,” Chelle stated. “By migrating all our web services into containers, we not only achieve horizontal scalability for those specific services, but also save more than 50% in support costs for the applications which we have migrated.”