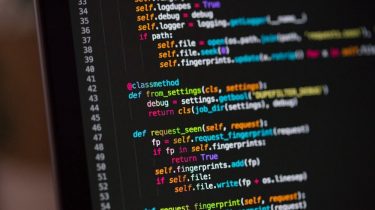 Gitpod, the first open-source developer platform to automate the provisioning of ready-to-code development environment has announced a $3 million seed funding from Crane Venture Partners, Speedinvest, and Vertex Ventures US, as well as a partnership and native integration with GitLab, the DevOps platform delivered as a single application.

Gitpod is an open-source GitOps solution that leverages the version control system as the canonical source of truth to automate everything a developer needs to start coding. Through automation. Gitpod frees engineering teams from the friction of manually setting-up local dev environments, Gitpod is open-source and can be self-hosted as well be used for automatically spinning up ready-to-code development environments with code-hosting platforms.

“This is an exciting time in Gitpod’s history teaming up with experienced investors in the world of developer tools and open-source software as well as working together with GitLab to provide developers with critical cloud-based dev environment automation. Gitpod’s first-mover advantage and vibrant open-source community enable developers today to treat development environments as automated (yet customisable) resources, which they can spin up whenever they need them and close down and forget about when they are finished with their task,” said Sven Efftinge, Co-Founder and CEO of Gitpod.

“Gitpod’s team has a track record of creating multiple open-source developer tools used by millions of engineers. With software engineering moving to remote but collaborative work, we see Gitpod securely allowing multiplayer mode for developers while saving VPs of Engineering hundreds of hours of tool setup-time. This will be an integral part of any professional software delivery pipeline.” said Sandeep Bhadra, Partner at Vertex Ventures US.

How Could This Be Helpful For Developers?

With GitOps, there is automation embedded in continuous delivery pipelines in software development. With automation, whenever you make changes into your Git, there is a continuous integration build and infrastructure as code in order to deploy the different environments. Once the software is running, developers automatically deploy to production.

But despite this automation, there is one piece where engineers start being creative, and modify the software with coding and debugging to try to you know to hunt down bugs or add innovative new features. The issue is that even today there still is so much friction and manual steps. Here, developers pull down the source code on their powerful machine locally and install numerous plugins in their IDEs in order to get productive.

Gitpod wants to give developers a development environment, and without much complexity and manual work, software dev environments should be automated. So, when developers want to code in an enterprise setting, they should just click a button and be able to code no matter what device they have. So in terms of dev environments, you have tools like the SDKs, compilers, runtimes, application server, database, etc. Also, there are other tools for running tests and so on.

Setting up and maintaining dev environments is tedious and requires lots of time. With Gitpod’s integration into GitLab, code reviews, bug fixes, building new features and exploring new projects is frictionless while increasing development productivity, efficiency and velocity. Developers can easily launch fresh dev environments for each new task directly from the GitLab interface via a new dropdown option from any project or merge request.

Gitpod is a true open-source solution powered by the community, spins up magically fast, can be self-hosted and is the only solution which works with almost any cloud provider and code-hosting platform including GitLab, GitHub Enterprise, and Bitbucket.

“GitLab is excited to build a partnership with Gitpod,” said Brandon Jung, vice president of alliances at GitLab. “Gitpod’s expertise in automating cloud-based dev environments on GitLab combined with their focus on cloud-native development workflows makes them a great fit for our customers helping enable them on their digital transformations.”