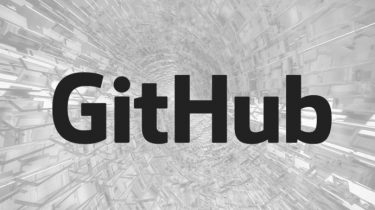 A developer based in Crimea has sparked debate after revealing that GitHub has been forced to restrict his account because of US sanctions.

Russia annexed Crimea in 2014, as part of an “intervention” in Ukraine, after the fall of a pro-Russian government in the country. The US and EU responded with sanctions on the individuals and organisations from the occupied parts of Ukraine and Russia itself. Russia hit back with sanctions of  its own.

While the sanctions have focused on politicians, energy companies, food imports, and unsurprisingly, weapons, it now appears that coders are now being hit.

Anatoly Kashkin, a developer based in Crimea, posted on GitHub yesterday, saying: “My GitHub account has been restricted due to US sanctions as I live in Crimea. I may not be able to continue maintaining GameHub in future.”

He cited the following from GitHub, “For individual users, who are not otherwise restricted by U.S. economic sanctions, GitHub currently offers limited restricted services to users in these countries and territories. This includes limited access to GitHub public repository services for personal communications only.”

He said his personal website, hosted on GitHub, now returns a 404, while his private repositories are disabled, though he can create and delete public repositories.

We asked GitHub to comment, and are waiting for reply. According to its page on trade controls, “To comply with U.S. trade control laws, GitHub recently made some required changes to the way we conduct our services.” It helpfully listed the countries affected: Crimea, Cuba, Iran, North Korea, and Syria.

Other users have pointed Kashkin to other services, such as GitLab and BitBucket, but given that the former is also US-based and the latter Australia-based and US-listed, that’s probably not much help. Some commenters decried the US’s actions, with one suggesting using that “you host this yourself in a more accommodating country : Switzerland, Russia, Netherlands.” A lively debate has also kicked off on Hacker News.

ZDNet reports that Iranian developers have been reporting similar details from GitHub.

The repo clampdown comes shortly after Huawei was banned, then sort of unbanned, by the Trump government as part of its ongoing trade war with China.

And of course, if you’re really long in the tooth, you’ll remember the days when exporting weapons grade technology like high-grade encryption or 286 chips was on a part with shipping nuclear technology.