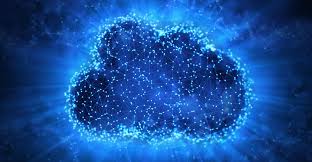 Familiarize yourself with the basics of computing in the cloud, how the market has changed over the years, and the advantages and disadvantages of this type of IT environment.

The immense variety of cloud computing services available today would stun even the visionaries at Amazon who reinvented the concept of rentable infrastructure for the internet era almost 15 years ago. The industry’s powerful innovations have created a rapid pace of technological growth that is divided into three sub-categories — IaaS, PaaS and SaaS — with hundreds of services spread across scores of vendors.

Nonetheless, when most enterprise IT operations teams think of cloud computing, they gravitate towards IaaS and SaaS. This is because many organizations turn to cloud services to improve IT efficiency, flexibility and responsiveness to changing business needs. PaaS, which is targeted at developers, is far less popular than the other two categories.

In order to familiarize themselves with technology basics, users should understand the pros and cons of cloud computing, popular use cases, as well as the major players in the current IT market and how they influence other vendors.

Most of the focus of the cloud market falls on the top three providers — AWS, Microsoft and Google. All three offer hundreds of tools and services, but it wasn’t always this way.

Google, which had long used its own internal cloud infrastructure to power its search engine, ad brokerage and consumer applications, made its first foray into the IaaS market in 2008 with the limited functionality of App Engine. Microsoft entered the cloud market in 2010 with Azure and added Azure Stack, its hybrid infrastructure, six years later.

Throughout the last decade, the Big Three grew to dominate the market. A recent estimate showed AWS with a 39% market share, followed by Azure at 19% and Google with approximately 9%. In China, Alibaba and Tencent have emerged as alternatives for its closed market, while IBM and Oracle round out the domestic clouds with meaningful levels of cloud infrastructure adoption.

The shift from infrastructure to apps

The latter half of the 2010s saw cloud vendors expand into higher-level services. Many of these products encapsulate the core back-office functions required by enterprise IT. For example, vendors began to offer packaged services for security, identity management, monitoring and management automation, which administrators and developers can use to streamline their day-to-day tasks.

More recently, cloud competition has shifted to packaged applications for developers and data analysts. As cloud vendors have moved up the software stack, services decouple users from the underlying infrastructure by automatically provisioning the compute and storage capacity required to handle a particular type of workload and then decommissioning it when the task is done.

These serverless products further reduce management overhead by eliminating the need for users to provision and configure infrastructure services. Instead, IT pros merely need to invoke the proper APIs.

Pros of cloud computing and common use cases

Early cloud adopters, particularly those in test and development departments, were drawn by the cost and convenience of cloud infrastructure. For them, cloud services eliminated the approvals and budgeting that were once required to buy servers and the time needed to configure a visualization stack.

Many organizations still see cost as a significant benefit when they weigh the pros and cons of cloud computing. However, as enterprises gain experience with sizable fleets of cloud resources, IT teams learn that cloud cost calculations are complicated and nuanced. In fact, it’s often cheaper to deploy static workloads with large data sets on premises with dedicated servers.

While on-premises infrastructure may be more affordable in some cases, seasoned cloud users are still attracted by the financial flexibility and efficiency of the cloud. They prefer to replace large, up-front capital expenses and ongoing hardware and software support charges with monthly or annual operational expenses. Listed below are some other notable cloud benefits.

Lower IT operational costs. The cloud vendor assumes many equipment and software management tasks, including applying software updates and security patches.
Increased IT resources available for internal service development and digital transformation projects that directly support business units.
Convenient, rapid access to the latest hardware and software such as new CPUs and GPUs, machine learning and AI applications and network interfaces — often before they’re made available to enterprise buyers.
Faster connectivity both within the data center and to customers using the latest network interface cards (NICs) and switches, along with multi-Gbps circuits to internet exchange points.
Engineered for massive scale, with resource capacity for individual services easily expandable to meet workload demands.
Greater secure infrastructure and security engineering expertise than most organizations possess internally.
More reliable physical infrastructure than most companies can afford to build and operate, plus access to multiple cloud locations, which simplifies redundant deployments. Indeed, some cloud services have built-in, multisite redundancy.
Furthermore, the richness of services means no application is off limits — a primary reason organizations are designing next-generation applications around the cloud. However, when looking at legacy systems migrated to the cloud, the following categories are most common.

pros and cons of cloud computing

Cons of cloud computing
While the cloud has been a boon for IT organizations and resources, cloud services aren’t a panacea for all IT operational problems. An organization must balance its many benefits with the following downsides. Some of the biggest drawbacks include the following.

A complicated shared security model that splits security policies and management between the provider and user. The cloud is also a publicly accessible environment where mistakes can expose massive amounts of sensitive data.
Complex pricing structures with some services, like compute instances, having multiple subscription tiers and pricing schemes. These variables make pricing and TCO analysis tedious and time-consuming, typically requiring software assistance from built-in or third-party tools.
Outbound data transfer costs make it expensive to access large data sets and create a disincentive for moving to another provider.
Less flexible than DIY environments with many configuration choices made by the provider.
Sketchy, inconsistent customer support that can be difficult to reach, leading many organizations to contract with a third-party cloud management and support partner.
Remote locations require fast, redundant network connectivity to the internet or a direct private circuit to the provider.
Requires cloud-specific design and operating expertise beyond what is typically found in internal IT organizations.
More planning required to meet country- or industry-specific regulatory requirements, especially when data and workloads are hosted outside one’s residence or country with strict privacy laws.
Most organizations find that cloud services are a superior alternative to traditional data centers for some workloads. Indeed, the explosive growth of cloud revenue — for example, AWS’ Q4 2019 revenue was up 34% from the prior year — demonstrates that the number of enterprise cloud customers and their average usage continues to increase.

The trick for enterprises is finding the balance of cloud and on-premises resources by assessing the best fit for both their legacy and future applications. For some, particularly SMBs and startups, an all-cloud future makes sense, while large enterprises generally converge on an optimal mix of cloud and traditional infrastructure.