Enterprise IT trends for 2017: ‘Fog’ computing, Internet sensors, the second coming of silicon 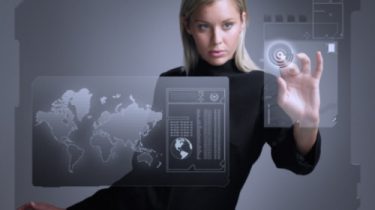 With Snap’s IPO reportedly imminent and the giant Consumer Electronics Show in Las Vegas now wrapped up, many in the tech world have been focused on innovations in consumer technology lately. But I think the coming year also will be marked by lesser-noticed tectonic shifts in enterprise-IT: Trends related to cloud computing, big data, and even basic computer chips, which are getting a makeover thanks to the new demands placed on them by the deluge of data and analytics now swamping many organizations.

These trends may not be as sexy as chat apps or talking robots. But here are my predictions for seven B2B, enterprise-IT trends to watch in 2017 — trends that will drive billions in corporate IT spending and could eventually create billions in market value.

1. Cloud computing moves from the “core” into the “fog.”

Amazon’s meteoric ascent to the top of the hot cloud-computing market was driven by its ability to cheaply and effectively move core IT functions — including basic computing, networking, and storage — out of company datacenters into the public “cloud.” With cloud computing, customers pay as they go for computing power, much as homeowners pay utilities for the electricity they consume each month. In 2017, however, I predict we’ll see the rise of “fog”, or “edge” computing, through which data thrown off by billions of smart, Web-enabled devices at the edge of computer networks (where they actually touch people) drives interesting applications. Think of self-driving Teslas, Nest-controlled smart homes, or robots powering smart manufacturing and oil-drilling. The migration of $300 billion in datacenter spend to the core cloud is clearly a big deal, but the emergence of edge clouds driving new revenues in industries previously untouched by advanced cloud technologies may be a significantly larger opportunity, and I expect to see early signs of this in 2017.

Despite stealing all the headlines, Amazon Web Services’ (AWS’s) $13 billion cloud business is barely scratching the surface of the total market for IT datacenter spending. In 2016 we witnessed a watershed moment when #1 enterprise player VMware essentially threw in the towel and agreed to partner, instead of compete, with AWS. (The deal will allow customers to use their existing VMware software to run some computing in Amazon’s cloud.) The deal will actually encourage cautious CIOs to go all-in with public-private cloud combos as opposed to continuing to funnel IT spending into datacenters. This should help Microsoft Azure, another big cloud-computing player, since the company already has a big enterprise presence and a cloud program that CIOs can tap into. Clouds run by Google and China’s Alibaba could similarly benefit. I think by 2017, we’ll see a sort of oligopoly of four or five big cloud providers, similar to the market for US wireless carriers.

Corporations today are awash in data, from the billions of sensors proliferating in smart homes and buildings to President-elect Trump tweeting on matters big and small. Organizations have changed their attitude by making data the core of their digital transformations rather than simply a by-product of running operations. I believe 2017 could be the year of the “Chief Data Officer” as more and more organizations create C-level positions to manage this crucial information and figure out how to use it to their competitive advantage. A recent Forrester survey of more than 3,000 executives focused on data and analytics found that 45 percent of the respondents’ companies already have a CDO, up from only a handful two years ago. As the office of the CDO grows in prominence, 2017 will witness increased adoption of critical “data middleware” – governance, cataloging, prep, and discovery software – that rides on top of multiple clouds and databases and feeds into a plethora of analytics tools.

4. The second coming of silicon.

The exponential growth in corporate data, deeper analytics on complex image and voice data, and the expansion of edge computing are all stressing IT infrastructure to the extreme. Large increases in performance and decreases in cost cannot be accomplished by simple software-tuning, nor has Moore’s Law kept up with the gains needed for new applications. As semiconductor behemoths ranging from Broadcom, Avago, Altera, and others are busy merging and cutting costs, AWS, Google, and others have taken matters into their own hands in terms of semiconductor innovation — as have a few startups like Innovium, Barefoot, and Fungible. While funding silicon companies is not for the faint of heart, because of the high costs, the companies that succeed in raising cash and delivering building blocks for this secular cloud/application shift will be rewarded handily, and some will becomes the next generation silicon powerhouses.

We thought it was bad when the North Koreans hacked Sony to try to stop the release of a lighthearted movie about Kim Jong-Il. In 2016, if you believe the CIA and the FBI, we saw the Russians hack DNC emails to try to disrupt the American presidential election. Clearly, cybersecurity is only becoming more critical to organizations as they try to guard against increasingly common and more sophisticated attacks, from state and non-state actors. This will drive increasing investment in security startups by venture capitalists. This year, as a result of the Russia/US election episode, I think we’ll also see cyber-warfare become a bigger issue in international relations and driving more geopolitical tension, which will further highlight cybersecurity as an area big and small companies need to be concerned about, driving more spending on security tools.

On the topic of politics: One big headache for tech companies in 2017 could be increasing restrictions on immigration if Trump carries through on his campaign promises. These policies, if applied to high-skilled workers, threaten to worsen the existing dearth of US tech talent in areas like data science and software development/operations. That said, the rise of free, “open source” software and new workplace-collaboration tools mean that it’s easier for people to work together on tech projects from different locations, including overseas. 2017 will witness a larger number of companies deploying these types of highly distributed workforces and leveraging freely available, open-source building blocks contributed by developers worldwide. An unintended, but welcome, side effect may be a cooling of the housing and rental market in the San Francisco Bay Area!

The moribund IPO market showed signs of life in late 2016, with 21 technology companies ultimately debuting on US exchanges last year. I predict we’ll see more IPO activity this year, both with high-profile, consumer “unicorn” tech companies like Uber and Airbnb and wonkier enterprise names. Those enterprise companies could include open-source juggernauts like data-management company Cloudera, database providers MongoDB and Datastax, and data-analytics company Elastic. (While serious, I don’t think the recent news about the cyberattacks targeting MongoDB databases will have lasting long-term consequences.) Open source, to me, represents the de-facto delivery method of enterprise computing, and I think Wall Street will start to look beyond first-generation, open-source companies to newer models that can work.