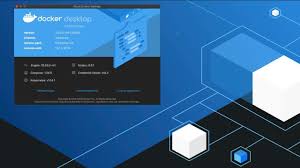 Aiming to make easier for teams to deploy, scale, backup, restore, and upgrade a certified Kubernetes environment, Docker has created a CLI plugin based on Docker Certified Infrastructure for simplified Docker cluster operations.

With the docker cluster and the declarative model, it is simple to update an environment; by using the docker cluster update command, the CLI plugin will identify the changes and implement a safe upgrade. In addition, it is possible to upgrade a cluster without any downtime using a blue-green deployment model for worker nodes.

Docker Applications is a new set of tooling that allows users to build, share and run multi-service applications across multiple configuration formats. It allows users to bundle together application descriptions, components, and parameters into a single unit that can be a file or directory, building a kind of “container of containers”. Docker Applications are an implementation of the Cloud Native Application Bundles (CNAB), originally co-developed by Docker, Microsoft, Hashicorp, Bitnami, and Codefresh. It can identify and build the containers needed from Docker Hub, and creates the Docker Compose and Kubernetes YAML files, Helm charts, and other required configuration settings.