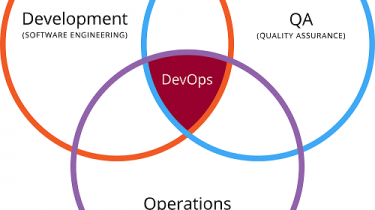 Continuous improvement is not a new thing and is often misunderstood. To be successful, we can take guidance from agile principles and apply them to the DevOps world, argued Mirco Hering, managing director at Accenture. At Agile Portugal 2019 he spoke about DevOps leadership in the age of agile.

Hering believes we are way beyond the point where DevOps and the associated practices like Continuous Delivery are not well enough understood, yet we don’t see many organisations reach a mature state of DevOps. He mentioned two themes that are preventing organisations from making faster progress.

The first one is a tendency to declare success too early; adopting DevOps practices is hard work and a lot of the benefits come with the last 20% rather than the first 80%. After all, a semi-automated process is not that much better than a manual process, argued Hering.

The second theme is around organisations adopting the old approach of transformation to DevOps, which means they either try to reorganise themselves out of their problems, or do the equivalent of an As-is To-Be analysis to define their transformation plan for DevOps. Both approaches are destined to fail, said Hering. Rather than charting out the whole DevOps journey, we need to accept that only rigorous continuous improvement will allow you to make significant progress; things will change all the time and you need to be able to react to it in an agile fashion.

Hering stated that organisations tend to lack two things in order for continuous improvement to really work: the discipline to follow the more rigorous process, and the data to set baselines and measure improvements.

Hering stated that continuous improvement is often misunderstood. Many organisations create a list of things to improve and track, whether or not they have implemented them, and call that continuous improvement. “This is just not good enough”, he said, “it often leads to increasingly long checklists for people to follow because adding a step in that list is an easy way to feel like you improved something. Does this actually improve anything? Who knows…”

We are getting better though, said Hering, as there’s a lot more talk about gathering and using data from our DevOps tools now. Open source solutions like hygeieia and efforts by established vendors indicate an increased investment in this space. Hering encouraged companies to take control of their data and find ways to use it during their transformation.

Hering spoke about applying ideas from the agile world to DevOps at Agile Portugal 2019. In his talk, he gave some examples: