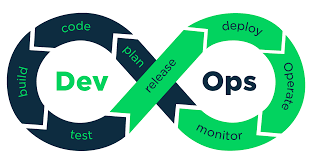 It’s a fact: DevOps and cloud are joined at the hip. The overwhelming majority of cloud development projects employ DevOps, and the list will only get longer. The benefits to using DevOps with cloud projects are also becoming better defined. They include application development speed-to-delivery to meet the needs of the business units faster, user demands that quickly fold back into the software, and lower costs for development, testing, deployment, and operations.

How the game is changing

At its core, DevOps is the automation of agile methodology. The idea is to empower developers to respond to the needs of the business in near real-time. In other words, DevOps should remove much of the latency that has existed for years around software development.

DevOps’ links with cloud computing are easy to define:

What’s most interesting is that the cloud isn’t really driving DevOps; rather, DevOps is driving the interest and the growth of cloud. In RightScale’s 2015 State of the Cloud Report, they found that “Overall DevOps adoption rises to 66 percent, with enterprises reaching 71 percent.” Their conclusion is that DevOps is wagging the cloud computing dog, not the other way around.

Why DevOps is leading teams to the cloud

What drives the use of DevOps as a leading enabling technology to get to the cloud? It’s the need to simplify and speed up a development process that has stifled growth for many enterprises. Stories abound about titans of industry who are unable to purchase companies or marketing leaders who are unable to launch products, all because IT can’t keep up with the application development backlog.

While enterprise leaders look to fix their application development processes by moving from waterfall to DevOps, they also understand that DevOps alone won’t save them. The latency in making capital purchases of hardware and software slows the development process, even if it’s made agile. Developers end up waiting around for capital resources to be put in place before the applications can be deployed.

When building applications in the cloud, the change needs to start at the software engineering level, not at the C-level. The advantages of building cloud applications using modern DevOps tools should be understood by all who will drive the process. Those who aren’t on board will likely get in the way of progress and not respond correctly to the inevitable problems that will arise. (We can call that process “continuous correction.”)

While enterprise development shops are quick to pick a cloud platform, often before they establish a DevOps process and DevOps organization, the reality is that DevOps and public and private cloud solutions should evolve at the same time. We must automate our agile processes using cloud and non-cloud DevOps automation tools. At the same time, we must consider how to extend those DevOps processes and automation into public and/or private clouds.

This is easier said than done, considering the newness of DevOps tools and DevOps cloud services. It’s not something that you can do in serial order, given the deep dependencies discussed earlier. The process that seems to work best includes the following steps.

1. Define your development requirements. Take a quick look at what you’re doing now and what you need to do in the future.

2. Define the business case. You’ll have to ask somebody for money, thus the need to define the ROI.

3. Define the initial DevOps processes. Keep in mind, these processes will continually change as we improve them through review, trial, and many errors.

4. Define the initial DevOps solution and links to the cloud platform or platforms. You can’t just define DevOps tools without understanding the target platform or platforms. There must be synergy with DevOps processes, automation, culture, and target platform. You need to determine the “whats” and the “hows.” This is where most enterprises stumble because of the complexity of all the new moving parts. They miss the mark, in terms of lost opportunities within the new cloud platforms that go unexploited for one reason or another.

5. Consider your people. You need everyone to be on board with DevOps and with having DevOps drive cloud development. This seems to be an issue in many organizations, simply because DevOps and cloud are both new. Adopting both new paths at the same time seems to blow the minds of traditional developers who want to learn but need a great deal of guidance. Training won’t save you here, either. It’s leadership that needs to come from the developers, and there should be no question about the new processes, tools, platforms, and day-to-day practices.

6. Define CloudOps—how applications will operate in the cloud. Most developers don’t want anything to do with operations. Within this new model, that can’t be the case. The old model of tossing code over a wall and hoping for the best is over. DevOps and cloud should give developers new, improved visibility into how their applications operate. This feedback can be used to improve the cloud application.

DevOps will lead the way

As DevOps and cloud continue to prove their collective value for enterprises, more CTOs and technology leads will be working to remove the technical and bureaucratic hurdles that stifle growth and opportunities for businesses. However, these same enterprises need to go much further with the larger value of DevOps, which includes continuous and agile deployment. This concept is less understood, and it’s even feared by many in enterprise IT, who view it as a path to lower productivity and application quality. But when you add the cloud to the DevOps equation, you see that enterprises no longer have a choice.

If cloud computing is to become effective for enterprises, then it’s DevOps that must take us there. The value and the function of DevOps, and the value and the function of cloud computing, are completely synergistic. You won’t get the value of one without doing both. On the ops side, many businesses lack the organization and tools to make DevOps work. Various new approaches and their related technologies aren’t well understood, and traditional approaches continue to be safe harbors that deliver low value to the business. The changes described here represent an interesting path for these organizations to take.

The strategic nature of DevOps and cloud is unlike other development approaches and platform changes that have come along in recent years. They may find themselves holding stone chisels in a digital world.

The largest hindrance to making the leap is the number of changes that must occur at the same time. DevOps needs to be understood and implemented. The cloud needs to be adopted around DevOps, and thus many of the decisions around DevOps tools and cloud platforms need to occur together.

Get past the changes

At the same time, the culture of the enterprise and developers must change around the notion of DevOps, and the way it’s needed to drive cloud development going forward. Finally, enterprise IT must spend the mother of all budgets to get through these changes. And they must spend money without an immediate goal around ROI, which of course drives corporate leaders and shareholders nuts.

However, the alternative—doing nothing—means certain failure. Others are likely to out-maneuver you, in terms of time-to-market with solutions and application services. When you can stand up applications and processes in near real-time and do so within an elastic and efficient environment, the market will reward you for making that effort. If you haven’t embarked on the process yet, it’s time to get started.