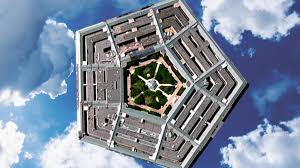 The tech giant has announced a new way to build cloud infrastructure, a partnership with Google Cloud, VMware PKS support for its cloud platforms, and the rollout of its Data Center-as-a-service offering to US customers.

Dell Technologies has used day one of VMworld in San Francisco to lift the lid off a handful of updates to its own cloud platform, with the company touting they will keep pace with its customers who are approaching their cloud investment through workload-specific decisions.

“I think we’re at a very unique point in the evolution of cloud and what we hear repeatedly from customers is that they are managing workloads across multiple different cloud environments,” Varun Chhabra Dell Technologies Cloud VP of product marketing told media, noting how cloud strategies must match the needs of each workload to remain relevant.

“There’s different needs every workload has and because of that reason, organisations are making workload-specific decisions that are driving the use of multiple clouds in an organisation.”

Over 90% of Dell Technologies customers are running two or more clouds and a majority of customers, Chhabra said, are actually running their organisations across five different clouds.

“With this cloud proliferation comes organisational complexity,” he added. “Because every cloud environment is different, requiring different operational and management tools, it leads to silos that get created within an organisation. These silos lead to inefficiencies, lack of flexibility, lack of agility that hinders an organisation’s ability to [move fast].”

Additionally, Chhabra said that moving workloads across the clouds can be challenging.

In a bid to help organisations balance both the acceleration of cloud-native application development while also running traditional, virtualised applications, Dell Technologies Cloud will now support automated deployment of VMware PKS on Dell EMC VxRail, which the company said adds integrated support for Kubernetes and containers.

Must read: Why VMware’s Kubernetes investment will shape your multi-cloud strategy

According to the company, this helps organisations in their attempt to adopt flexible and secure cloud-native approaches by allowing organisations to deploy, run, and manage Kubernetes for critical production workloads alongside traditional applications.

“IT organisations are looking to meet developer demands for container-ready infrastructure, at the same time, they want to make sure that as more and more applications move towards container infrastructure, that the architecture is enterprise grade — that it’s ready to scale, that it’s production-ready … and that they can dependably rely upon the infrastructure that’s coming with that,” Chhabra explained.

This is expected to provide Dell Technologies Cloud Platforms customers with a single, consistent platform for both traditional and cloud-native workloads. It will also streamline deployment and operation, Chhabra said, with full lifecycle management of multiple clusters and enhanced automation, performance, and security.

It follows VMware on Monday unveiling its VMware Tanzu portfolio, touted as transforming the way enterprises build, run, and manage software on Kubernetes.

“A brand new way for customers to be able to build cloud infrastructure solutions,” he said. “It allows customers to fine-tune their cloud environment to the needs of their applications.”

“Organisations now can meet the varied demands of workloads by independently scaling storage and compute, allowing infrastructure-intensive applications to be supported most efficiently,” Dell Technologies said in a statement.

Chhabra said Dell Technologies hopes to add to this offering over time.

Building on Dell Technologies’ partnerships with AWS and Azure, Chhabra also announced that the company would now support Google Cloud.

“With this announcement, we’re now targeting the largest global hyperscalers

providing unmatched support for customers to be able to extend their on-premises workloads seamlessly to the cloud without having to worry about VM migrations or conversions, without having to worry about inconsistencies with security policies. They’re now able to move these workloads using the tools of VMware Cloud Foundation, seamlessly migrat[ing] workloads to the public cloud, then migrat[ing] them back as their needs evolve,” he explained.

Building on its fully-managed Dell Technologies Cloud Data Center-as-a-Service offering, VMware Cloud on Dell EMC, the company announced on Monday that the offering will be made available to US customers.

The limited availability makes it the first to market in providing a VMware Project Dimension solution for customer data centers.

The Data Center-as-a-Service offering was announced also at Dell Technologies World in April.

“The demand from customers for this solution … has been off the charts,” he said. “We expect over time we will be announcing a roadmap for global availability as well.”

“Essentially, our Flex On Demand program allows our customers the ability to be able to procure excess capacity in their data center and not pay for it until they actually use it,” Chhabra said. “They now have the agility to handle bursts and spikes using that excess capacity without having to pay for it, only when they use it.”

Chhabra said an observation Dell Technologies has made is that as customers begin to use public cloud more prevalently, they’re looking to bring the same agility and overall experience of provisioning through a browser,.

“What we’ve been asked for is pay-per-use payment models, alongside the ability to provision infrastructure rapidly through cloud-based portals, as a result,” he added.

Dell EMC VxRail to empower IT

Back on Kubernetes, Gil Shneorson, senior vice president and general manager of Dell EMC VxRail said his product is making more of a mark than ever before, announcing automated Kubernetes infrastructure deployments, in addition to integrated Lifecycle Management (LCM) and performance enhancements that he said will enable IT to keep pace with the speed of business.

“We hear from many of our customers that their IT organisations need a simple to deploy, manage and maintain infrastructure solution for the provisioning of Kubernetes, adding container orchestration in a way that complements their virtualisation strategy,” he said.

Dell Technologies has also updated VxRail to deliver performance, security, and connectivity enhancements it said will improve customer experience and expand use cases.a

Disclosure: Asha Barbaschow travelled as a guest of VMware to VMworld in San Francisco