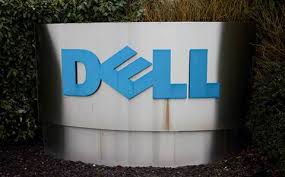 Dell Technologies beat financials analysts’ expectations for its second fiscal quarter of 2020 and attributed its success in the quarter to its wide technology portfolio and related innovation.

VMware is bringing increasing benefits to Dell Technologies as a whole, said Jeff Clarke, vice chairman of products and operations for the company.

Clarke, speaking to financial analysts during the company’s Tuesday financial conference call to discuss its second fiscal quarter 2020 results, said that Dell Technologies has an incredible opportunity by integrating across its entire technology portfolio and innovating within its business units.

“Doing this creates the next generation of technology infrastructure that enables digital organizations operating in the data economy. … And of course, we have do this with an eye towards the inevitable fluctuations in near-term demand,” he said.

Dell Technologies is approaching the changing environment with a wide range of initiatives, particularly around operations across public clouds, private clouds and the edge, Clarke said.

“We are optimistic about IT spending because customers need a partner to help them address these challenges, one who is innovating and delivering a comprehensive, end-to-end IT strategy,” he said.

Dell Technologies is uniquely positioned to capitalise on these changes thanks to its wide portfolio, one that is increasingly taking advantage of its VMware technologies, Clarke said.

For instance, he said, the company last quarter unveiled the Dell Technologies Cloud, focused on the hybrid cloud experience with a combination including VMware Cloud Foundation software and VMware’s VxRailhyper-converged infrastructure.

“And with VMware’s recent announcement of our intent to acquire Pivotal, our solutions and speed to market get even stronger,” he said.

Dell Technologies’ Unified Workspace is another example of how the company works across its entire portfolio by combining Dell devices and services, VMware, SecureWorks and Dell Pro Manage, Clarke said.

VMware’s planned acquisition of Carbon Black will improve Unified Workspace with a comprehensive intrinsic security portfolio for the multi-cloud world and for modern applications and devices, he said.

“As you can see, we are delivering on our promise to integrate across Dell Technologies to create the future of technology infrastructure from the cloud to the edge while dramatically simplifying the customer experience,” he said.

Dell has the strongest solution set in its history with technologies that consistently outperform those of its competitors, Clarke said.

On the client solutions side, Dell introduced new XPS 2-in-1 mobile PCs with new designs and increased power, as well as its new Latitude 7400, Clarke said.

Even as Dell continues to bring new technology to market, it is mindful of the near-term business environment, Clarke said.

The enterprise spending environment currently is softer than Dell and the industry anticipated and is expected to remain soft for the rest of the year, Clarke said. However, he touted the Infrastructure Solutions Group’s execution in the second quarter given the market context. The Infrastructure Solutions Group acquired about 21,000 new customers in the first half of the year, up 11 percent over last year, and more customers are working with multiple lines of Dell’s technologies, he said.

Dell’s storage business is doing well, but the server business revenue fell even as server margins rose as Dell was consciously selective on large low-margin deals, Clarke said. If server sales to China were not included, Dell’s server orders would have risen 1 percent, and the company expects to gain share this quarter, he said.

“We have built a business to be successful in any environment,” he said. “We are differentiated by our broad portfolio in the industry with leading solutions, our direct model including services and financing, and our world-class supply chain with its size and scale,” he said. “Whether the market expands or declines, we expect to outperform the industry.”

During the question-and-answer part of the conference call, when asked about the impact Dell Technologies is facing from the US tariffs placed on China, Clarke said his company has spent a lot of time looking at the dynamics of the industry related to tariffs.

“Our global supply chain with 25 manufacturing sites around the globe allows us to have the agility and flexibility we need to honestly move fast and minimize the impact,” he said. “We’re focused on continuity of supply and continuity of supplying and delivering to our customers and managing that. But, quite honestly, we’re working through the challenges.”

For its second fiscal quarter 2020, which ended 2 August, Dell reported total revenue of US$23.37 billion, up 2 percent from the US$22.94 billion the company reported for its second quarter fiscal 2019.

Dell Technologies’ Infrastructure Solutions Group, meanwhile, reported revenue of US$8.62 billion, which was down 7 percent from the same period as last year. While the storage part of the Infrastructure Solutions Group was essentially flat year over year, the server business fell 12 percent due primarily to issues in Dell’s China market. Without the China impact, Dell Technologies estimated that its server business would have risen 1 percent.

Revenue for Dell Technologies’ Client Solutions Group rose 6 percent year over year to US$11.75 billion. That rise was due to a 12 percent rise in sales on the commercial side that more than offset a 12 percent fall in consumer-focused sales, the company said.

Dell Technologies also saw a 12 percent rise in revenue from its VMware business to US$2.47 billion.