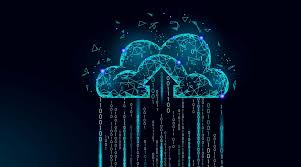 The new tool, from the company formerly known as Mesosphere, aims at providing a “clear separation of responsibilities between developers and operators,” while “embracing cloud native CI/CD GitOps processes”. In Dispatch the latter simply means that configurations for pipelines and application deployment are all stored in a Git repository.

To make sure that neither devs nor ops are scared away by the thought of learning yet another tool, Dispatch promises a choice of four domain specific languages to configure pipelines. Users can choose between JSON, YAML, and the less common CUE and Starklark, which are supposedly JSON- and Python-like.

The diverse language offering is meant to be one of the differentiating factors in the CI/CD space, since quite a few similar projects focus on YAML only. And there are quite a few, since the cloud native world saw a steady influx of CI/CD projects since it declared continuous integration a still to be tackled problem at KubeCon Europe in Copenhagen in 2018.

Besides Tekton and Argo CD, which are also said to be usable with Dispatch, the CI/CD part of the cloud native landscape spans a good 34 projects with various scopes in various stages (at the time of writing, that is). And while a little competition can be quite healthy to push development, this level of alternatives might mean the new platform might turn into a thing for those looking for an easy way to extend their D2iQ-provided setup exclusively.

The company however surely aims higher than that, touting Dispatch’s other features such as built-in multi-tenancy (courtesy of Kubernetes), allowing teams to run their pipelines in different namespaces, and the “GitOps based operational freedom” which offers a “real-time source of truth” for everyone involved in a project.

D2iQ customers and those interested in the project can take it for a spin now. Dispatch can be tried for free as part of the Konvoy trial offering, which also includes a declarative universal operator and Kommander, a tool for federated cross-cluster management.