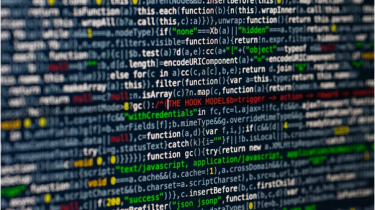 To the average software developer who has never delved into application development, the process can seem relatively simple on the surface.

But don’t be fooled.

In reality, app development is a complex process that often takes far longer to complete than anticipated.

From design to development, to debugging, to completion – and then, more often than not, even more debugging – the entire process takes an average of three to nine months to complete when working with an experienced app development company. For the inexperienced developer, it could take years.

Increasing your efficiency through streamlining

The efficiency of a software development team is more important than ever – particularly for smaller teams who don’t have the time, or resources, to waste, and need to get a working product out the door as soon as possible.

And one of the major ways to streamline and increase your efficiency is through continuous development.

But what actually is continuous development?

Continuous development’ is associated with the well-known Agile and DevOps methodologies that most modern development teams are turning to.

It encompasses many different aspects of iterative software development and is usually used as an umbrella term for several other development processes – namely continuous integration, delivery, and deployment, which are described below.

CI refers to continuous integration. This focuses on making the process of preparing for a release easier. Essentially, it means that developers merge their changes with the main branch often, thereby allowing the changes to be validated by creating a build and running automated tests against it.

This frequent testing ensures that the application is not broken when a new commit is integrated into the main branch.

Continuous delivery ensures that new changes can quickly and effectively be released to customers. This means that the release process has been automated such that solutions can quickly be deployed at any point with the click of a button.

By releasing changes in small batches, this means that issues can easily be identified and fixed in case of a problem.

Continuous deployment is similar to continuous delivery, except the releases happen automatically without the need for intervention from the software team.

With continuous deployment, every change that passes all stages of the production pipeline is automatically released to customers without the need for human intervention. A change will only be prevented from being deployed if a failed test is identified by the system.

Essentially, this means that there is no set ‘release day’ for the product, and thereby takes the pressure off the development team. Instead, a solution can go live virtually as soon as they have finished working on it, and they can start gathering feedback from customers almost instantly.

How do I get started with continuous development?

If you’ve never tried, or even heard of continuous development more, the process can feel quite daunting, as it is very different from traditional software development methods.

One such tool is the Buddy continuous development tool that provides an entire suite of automation tools that can be utilized by IT teams to accelerate their development lifecycle and deploy their products to their customers faster and enables easier project management for software teams in order to streamline the entire development process.

The tool even enables interaction with developer containers, such as Docker, which allow developers to easily move apps and software, and to isolate updates from the underlying infrastructure.

Continuous development is transforming the way that software is delivered

Many people see DevOps and continuous development as an extension of agile development – a process that has been around since the creation of The Agile Manifesto back in 2001.

Since the creation of continuous development, organizations have quickly graduated from simply doing continuous integration, to fully implementing continuous delivery and deployment. Overall, this has made the process of software development more efficient, and ultimately changed the way it is delivered.