Containers And Kubernetes Are Powering The Second Cloud Adoption Cycle 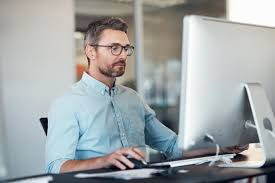 If the first round of cloud adoption was about saving time and avoiding large capital outlays — often despite the risk of cloud vendor lock-in — the current round is focused on the big picture. Today, organizations are strategically laying out multi-cloud plans, refactoring leading-edge applications in cloud-native technologies, focusing on cloud spend efficiency and powering it with containers and Kubernetes.

As enterprises get more sophisticated about cloud usage, how they think about and use cloud changes. Instead of, “We’re moving this or that app to AWS,” organizations realize hybrid private/public cloud is a given, they will ultimately need multiple public cloud providers, and they need a plan that will help them survive.

Fortunately, the rapid maturation of containers, the rise of Kubernetes as the de facto container orchestration tool and the widespread adoption of both by the prominent cloud providers simplifies the job of contending with the complexities of cloud environments.

Cloud usage varies widely across industries and even within verticals.

Not surprisingly, the majority now have cloud experience. A 2018 IDG survey showed “73% of organizations have at least one application or a portion of their computing infrastructure already in the cloud,” and the company predicted another 17% would be added the following 12 months.

YOU MAY ALSO LIKE
Grads of Life BRANDVOICE
How The Second Chance Business Coalition Powers Second Chance Employment
Civic Nation BRANDVOICE
Reach Higher Will Host Annual Beating the Odds Summit For First-Generation College-Bound Students
Grads of Life BRANDVOICE
4 Tips To Recruit, Hire and Retain Opportunity Youth
But broad usage doesn’t necessarily equate with deep strategic thinking. For example, a prominent early cloud use case that’s still big today is DevTest. Run up a test environment, put an app through its paces and tear it down. DevTest in the cloud is a no-brainer because it doesn’t require any capital investment and little planning or analysis.

Where adoption in the first wave got interesting was when folks started waking up to the fact they had brand new apps running in Amazon Web Services (AWS) only to realize they hadn’t put enough thought into how to secure them, how they were going to meet client performance requirements, how they would migrate the apps when they got larger and how use of the cloud apps should change processes and organizational structures.

Now, in the second wave of adoption, the need for that transformational strategy is apparent. Most companies find they have a swelling portfolio of cloud tools, private and public, multiple suppliers of the latter and they need a plan to help contend with fragmented cloud environments and accommodate rapid cloud growth.

In a survey by RightScale, 94% of companies use cloud and 69% have hybrid clouds (public and private), and it’s likely to stay that way for some time. Besides needing to get the most out of sunk capital, organizations hold onto existing systems for compliance, security, control, privacy and a host of other reasons.

However, spending on public cloud is growing three times faster than spending on private cloud — 24% versus 8% according to RightScale. That will further splinter cloud environments as organizations turn to multiple suppliers to avoid lock-in, or as they shop for best-of-breed cloud suppliers that offer an advantage in a given specialty, such as artificial intelligence (AI) or expertise in a vertical industry, for example, a supply chain environment for their field.

So, here in the second wave, most companies are thinking more strategically about how they will adopt more cloud and, in particular, how to get this multicloud strategy right.

Powered By Containers And Kubernetes

Getting multi-cloud right involves lots of thinking about processes, staff skills and organizational structures, but the industry agrees that the tech platforms that make multicloud feasible are containers and Kubernetes.

Most companies are likely adopting both in an effort to speed development and deployment. But now that the major cloud providers have thrown weight behind them, the technologies have become the lingua franca of these divergent environments, making it easier to move jobs from one cloud to another (private to public, for example) and even move accounts from one cloud provider to another.

With containers abstracting away hardware, the OS and the programming language, and Kubernetes enabling you to schedule containers effectively, enterprises gain more fluid control of their multicloud environments and gain a way to avoid vendor lock-in.

Enterprises, however, still face a choice around which vendor solution they choose for their container and Kubernetes platform.

On the other hand, hybrid cloud vendors such as RedHat that have a stronger on-premises presence with OpenShift also offer OpenShift on a public cloud platform as a way to have a consistent experience across clouds. IBM’s $34 billion acquisition of Red Hat is aimed at this strategic imperative of providing a consistent, multicloud experience.

If early cloud usage was about saving time and capital, this next generation of adoption is about speed and avoiding vendor lock-in. Containers and Kubernetes provide the frictionless services that make multicloud a strategic benefit and a long-term foundational platform.