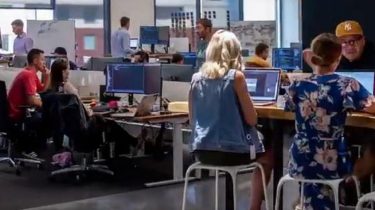 Building cloud computing clouds, just in case you hadn’t noticed, is complicated. Every time you buy a laptop or tablet from your favorite equipment manufacturer, you can pretty much be sure of the specifications, shape and power rating of the machine you have chosen from the à la carte set of product options on offer. Cloud menus are harder to navigate (and indeed to create) than that.

Like a laptop, cloud computing ‘instances’ can differ by size, by processing power and by storage capacity. But going deeper, clouds can also differ by virtue of their specific optimization controls: some are built for high rates of transactional data throughput, others are good at big data analytics functions and still others are tuned for testing functions, for logging and monitoring intelligence or for turbo-charged security abilities and so on.

To make things even more difficult, although your laptop might be networked to your organization’s corporate mothership, to other specifically identified machines and to the Internet itself… it’s still basically one machine, in one place. Cloud computing, on the other hand, is essentially globally networked and fundamentally virtualized. This means that the ‘abstracted’ computing resources presented in cloud will often come together from a distributed set of discrete IT components that could exist potentially anywhere.

Without being too simplistic, building laptops is all about knowing when to drop in the circuit board, clamp on the keyboard and screw down the back cover. Building clouds is a comparatively much bigger question of knowing how to establish network design, connect disparate data services, configure security access and orchestrate the whole ensemble.

Okay so the point is made, cloud might be presented as a plug-and-play option at the customer end, but it is a design-and-build-and-test-and-reconfigure-and-debug-and-deploy-and rinse and repeat process at the cloud engineer end. So what is the market doing to try and help build these interwoven complex skill sets?

Utah-headquartered enterprise technology skills platform company Pluralsight wants to be seen as a business that understands the complexity of these skillset requirements. It also wants to be regarded as a company with the type of ‘platform delivery’ strategy that is suited to the always-online web-connected world that we all operate in today.

As part of its mission to become more involved in the total recipe development process of the cloud menu and be a part of the way cloud development platforms and tools actually evolve, the company acquired developer productivity specialist GitPrime back in May 2019. GitPrime is connected to every major code repository in use on the planet, including GitHub, Bitbucket, GitLab and others. This means that GitPrime captures data from every developer ‘code commit’ (when a programmer submits a finalized piece of code) that happens. Knowing what code is being created and dovetailing this with Pluralsight’s skills learning technology can help provide analytical insights around the efficiency and performance of software development teams themselves.

Bringing this technology into its wheelhouse, the company has now introduced Pluralsight Skills – the new name for its core skill development product, which now features the initial integration of GitPrime inside. As it now becomes a multi-product organization, Pluralsight has also renamed the GitPrime suite under the brand name Flow. According to its engineering team, Flow provides software engineering leaders with advanced analytics and a data-driven view into their software development workflow to eliminate bottlenecks, improve engineering collaboration and enable teams and leaders to be more successful.

The initial integration of Flow into the Skills product is presented as a technology that Pluralsight calls ‘Language Analytics’. This is a data visualization that connects course view time with code commits. This is meant to give software engineering team leaders visibility into how their teams work and then allow managers to align skills development with development initiatives and goals.

Pluralsight co-founder and CEO Aaron Skonnard has provided a further suggestion as to how far his company is moving from being ‘just’ a teaching or e-learning platform business, towards one that really helps the industry’s software vendors view usage metrics and assess how they should drive their roadmaps going forward.

“We work very closely with major technology partners including Google, Microsoft, and others. The reason these firms will share the proximity that they do with us on software tools skills comes down to the fact that they value the breadth of our content. Scott Guthrie

is a Pluralsight user and he can see how engineers are using the Microsoft Azure cloud platform. With the GitPrime integration, he can use Pluralsight to see into code commits and be able to assess if programmers are using Microsoft tools in a way that fits with the company’s longer-term vision for development,” said Skonnard.

Although code commits don’t necessarily equate to working software (some code can be poorly written, dysfunctional, inefficient or all three), Skonnard says that grabbing that initial level of activity shows where most work is being done, which by default would typically suggest where the fastest flow of value to customers is being created at the end of the day.

Pluralsight’s latest move is a new cloud skill development initiative that includes the launch of a Skill IQ (the company’s branded tool that provides a percentile ranking for a skill area or technology) assessment for associate cloud engineers on Google Cloud Platform (GCP), as well as the release of new courses on topics such as data analytics, machine learning, Kubernetes (for cloud orchestration) and cloud infrastructure. Pluralsight IQ consists of 20 test questions that developers can answer in roughly five minutes… and they can gain a Skill IQ on more than 60 skills, spanning languages, frameworks, tools and processes.

“The rapid growth of demand for cloud services in the enterprise has also sparked an explosion in demand for skill development on cloud platforms,” said Nate Walkingshaw, chief experience officer, Pluralsight. “As the frequency and complexity of cloud deployments grow, some of the most advanced enterprises around the world are turning to us to help them make sure their IT teams have the necessary skills to make every cloud project a success. As part of those efforts, we are working closely with our partners at Google Cloud to host a robust library for skill development, ensuring GCP customers get the most out of their cloud investments.”

Using Pluralsight’s Skill IQ, CIOs, CTOs and other tech leaders can index their team’s skills and build a technology skills development strategy to help them attempt to close skill gaps. The new product has been exclusively developed for Google Cloud and is called Associate Cloud Engineer on GCP. Skill IQ will measure skills in a number of technical areas, including application development services, data services, Kubernetes, network design, managing virtual machines, logging and monitoring and configuring access and security measures.

“Google Cloud has seen tremendous growth as enterprises are accelerating cloud adoption to implement business-critical IT projects. As more enterprises increasingly turn to the cloud, the need for skill development is larger than ever before. Pluralsight is a valued strategic partner for Google Cloud as we work to help customers deploy transformational technologies in the cloud,” said Jason Martin, VP, professional services at Google Cloud.

The company has also now come forward with an expansion of its skill development initiative for Microsoft Azure that includes the introduction of five new Role IQs, 22 new Skill IQs and 98 courses that map to the new Role IQs, which are designed to help customers index their teams’ skills on Azure and help close resulting gaps.

“Azure is a customer-driven cloud platform that enables organizations to tackle their biggest technology challenges. We see Pluralsight as a core partner to help our customers drive project success,” said Jeff Sandquist, general manager, partner and developer relations at Microsoft Corp. “Pluralsight provides technology leaders the necessary means to measure skills across their teams and to skill up people on the Azure roles needed to successfully drive cloud adoption.”

In summary, we know that cloud is becoming more powerful, but with that power comes greater complexity. We suggested at the start of this discussion that cloud is becoming more data-dense, more distributed, more hybrid (a combination some of it bring ‘private’ cloud on-premises inside organizations – and some of it is ‘public’ cloud supplied from cloud service provider datacentres) and more intricate in its granularity such that orchestration becomes a more prevalent responsibility. IDC analyst Frank Gens agrees.

“The cloud of the next five years will be markedly different from that of the past decade, with the focus shifting to the ‘distributed cloud’ – as the public cloud leaders’ innovative services become deployed in enterprise datacenters; in distributed locations like retail stores, branch offices, factories and hospitals; and at an expanding variety of edge locations,” said IDC’s Gens in his report titled World Wide Cloud Forecast, 2019-2023.

It’s a more powerful cloud, but it’s a more complex cloud… so, logically, we should be able to argue that skills need to be handled with a more intelligent complexity than tutorial books and lectures. Building cloud computing clouds is still complicated, but we can use part of the cloud’s core connectivity capabilities to capture and subsequently share the knowledge needed to keep the clouds forming around our heads.