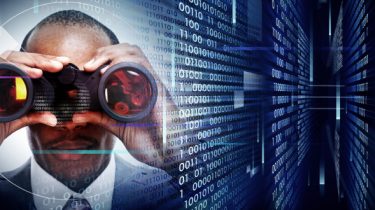 CircleCI today previewed the ability to deploy applications on platforms based on Arm processors in a forthcoming release of its namesake continuous integration/continuous delivery (CI/CD) platform.

Tom Trahan, vice president of business development for CircleCI, said that Arm processors are rapidly being embraced by DevOps teams seeking to take advantage of the price/performance advantages they currently have over conventional x86 processors. Amazon Web Services (AWS), for example, makes available an AWS Graviton2 service based on 64-bit Arm Neoverse processors that it claims provides a 40% advantage in overall price/performance.

The Arm community, meanwhile, has adopted many of the libraries employed on x86 platforms, Trahan noted, which is making it simpler to automate the deployment of applications on Arm-based platforms using a CI/CD platform.

It’s not clear how quickly developers are building applications for Arm processors. Historically, Arm processors can be found in a wide range of embedded systems typically deployed at the network edge. However, cloud services based on Arm processors are also becoming more widely available, and it’s only a matter of time before more Arm-based platforms are deployed in on-premises IT environments.

Arm itself is also in the process of being acquired by Nvidia, which envisions running machine learning algorithms, and other classed of advanced workloads, on both Arm processors and graphics processing units (GPUs). Many of the early efforts to build processors optimized for running AI workloads at the network edge are based on Arm processors.

The addition of Arm platforms to any IT environment will naturally create some management challenges for DevOps teams. In some cases, developers may even decide to build applications using, for example, the latest generation of machines from Apple, that are based on Arm processors, to streamline the application development and deployment process. In other cases, however, applications that are intended to be deployed on Arm processors might still be built on x86 systems.

Regardless of approach, the arrival of more Arm-based platforms in the enterprise doesn’t mean other classes of processors are going to fade away. Rather, from a processor perspective, IT environments are about to become a lot more diverse as more workloads are deployed on a wider range of processors. It may be quite a while before Arm-based platforms usurp x86-based systems that still dominate the IT landscape. However, during any turbulent economic time, the number of organizations inclined to reduce the total cost of IT by embracing new platforms always increases.

Fortunately, as more IT infrastructure is managed as code, the easier it becomes to switch platforms. There may even come a day when the decisions about which platform to employ and when is completely automated by machine learning algorithms trained to maximize IT infrastructure efficiency to the fullest extent possible.

In the meantime, DevOps teams should expect, to one degree or another, to revisit their workflows processes in the months ahead. Not only are more workloads being pushed out to edge computing platforms where Arm processors are commonly found, those Arm processors will soon find their way into the rest of the extended enterprise.