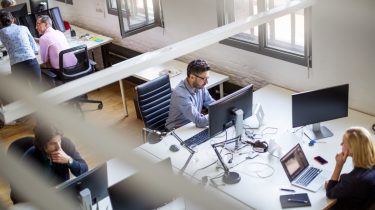 CircleCI has been supporting continuous integration for Linux and Mac programmers for some time, but up until today, Microsoft developers have been left on the outside looking in. Today, the company changed that, announcing new support for Microsoft programmers using Windows Server 2019.

CircleCI, which announced a $56 million Series D investment last month, is surely looking for ways to expand its market reach, and providing support for Microsoft programmers is a good place to start, as it represents a huge untapped market for the company.

“We’re really happy to announce that we are going to support Windows because customers are asking for it. Windows [comprises] 40% of the development market, according to a Stack Overflow survey from earlier this year,” Alexey Klochay, CircleCI product manager for Windows, told TechCrunch.

Microsoft programmers could have used continuous integration before outside of CircleCI, but it was much harder. Klochay says that with CircleCI, they are getting a much more integrated solution. For starters, he says, developers can get up and running right away without the help of an engineer. “We give the power to developers to do exactly what they need to do at their own pace without getting locked into anything. We’re providing ease of use and ease of maintenance,” he explained.

CircleCI also provides greater visibility across a development team. “We are also giving companies tools to get better visibility into what everyone is building, and how everyone is interacting with the system,” he said.

Klochay says that much of this is possible because of the changes in Windows Server 2019, which was released last year. “Because of all the changes that Microsoft has been introducing in the latest Windows Server, it has been a smoother experience than if we had to start a year ago,” he said.

Nathan Dintenfass from CircleCI says that, in general, the Microsoft ecosystem has shifted in recent years to be more welcoming to the kind of approach that CircleCI provides for developers. “We have observed a maturation of the Windows ecosystem, and being more and more attracted to the kinds of teams that are investing in really high-throughput software delivery automation, while at the same time same a maturation of the underlying cloud infrastructure that makes Windows available, and makes it much easier for us to operate,” he explained.