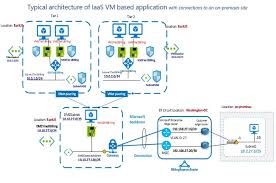 Microsoft began ramping up for a new season as September got underway, highlighting new visual AI capabilities and notifying users of developer updates and soon to be deprecated features.

Over the course of July and August, Azure Logic Apps added support for internal access endpoints, inline code and fixed IP addresses for connector deployment endpoints. Developers can use Azure on-premises data gateways across subscriptions, view canceled webhook actions and take advantage of portal themes. During sprint 157, the Azure team added rollup columns for backlogs to track across work hierarchies in Azure DevOps, as well as making many small changes for Repos, Boards and Artifacts. The team notified customers to upgrade all Kubernetes 1.10.x clusters to one of the four supported versions by October 25. Following the release of version 1.14 in August, version 1.10.x is poised to disappear from CLI and Azure portal. Further out, Media Encoder Standards and Premium Workflow encoder capabilities will be sunsetted on November 30 while v1.x of the JavaScript SDK for Cosmos DB is set to be deprecated on August 30, 2020.

Several Azure Blueprint samples are available for compliance. The most recently released is NIST SP 800-53 R4, which maps Azure Policy controls to NIST controls, which focuses on compliance for US government users.

MongoDB announced an expanded partnership with Microsoft, becoming part of its Partner Reported ACR co-sell for MongoDB Atlas. Although Atlas is already integrated with Power BI, Databricks and Sitecore, the co-sell agreement makes it available through Azure Marketplace with pricing integrated with Azure billing. In Germany, British IT company Logicalis acquired Orange Networks, a Microsoft partner with a presence in Munich, Hamburg, Offenbach and Dusseldorf. As a result Logicalis Germany gains Gold Partner status and aims to be better able to serve Azure partners in Germany. Luxembourg-based SES is extending Azure ExpressRoute through its satellite network, providing the Azure service through its 50 geostationary satellites to ships and oil platforms. Meanwhile, in the Philippines, Infosys is working with JG Summit Holdings to setup a platform based on Azure and SAP S/4 HANA.