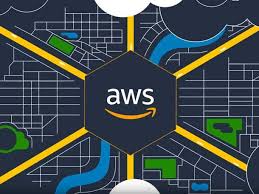 We have over 200,000 certified individuals across the globe now, and that number is growing rapidly,’ says Maureen Lonergan, AWS’ director of worldwide training and certification, citing a newly public AWS statistic. ‘We think it’s been wildly successful in terms of just the number of people that are interested in it and the growth in the program.’

AWS will formally announce the curriculum and exam for the new credential at its AWS re:Invent 2019 conference in Las Vegas in December, according to Maureen Lonergan, AWS’ director of worldwide training and certification.

“That is something that we’re very focused on right now,” Lonergan said. “They are centered around our products today.”

AWS is in the design phase for the database certification.

When deciding on new certifications, Lonergan’s team looks at technologies being developed by AWS engineering teams and marketplace trends — what partners and customers are doing to modernize their skill sets associated with jobs that they’re seeing in the industry.

“We just felt like it was the right time to invest in building out that certification in particular,” Lonergan told CRN in a meeting at the cloud computing provider’s re:Invent building in Seattle last week. “We have a really strong product management team that works very closely with the service teams to identify products, and we look at how our customers use them. We go through the whole process with a third-party vendor and do a psychometric analysis. We do a blueprint, and we talk about how customers are using and when they’ll make certain choices to use a database service. Training is largely aligned to that.”

An AWS database certification would prove valuable to Apps Associates as an AWS Premier Consulting Partner, according to Bharath Terala, practice manager at the Acton, Mass.-based cloud migration provider.

“Customers are still questioning whether or not to migrate databases to the cloud,” Terala said. “An AWS certification would reinforce their commitment to the AWS cloud being the best choice for workloads, helping to reassure customers that migrating is the right choice. Within our organization, it will enable our database administrator team to better support customer needs and create alignment with their preferred skillsets.”

The certification also will provide AWS partners with a learning platform that validates partner competency and holds partners accountable to AWS standards of service, which benefits all stakeholders, he said.

“We have over 200,000 certified individuals across the globe now, and that number is growing rapidly,” Lonergan said, citing a newly public AWS statistic. “We think it’s been wildly successful in terms of just the number of people that are interested in it and the growth in the program. We continually evaluate quarter over quarter, look at trends and then determine what our (certification) roadmap is going forward.”

Partners see certifications as differentiators, according to Lonergan.

“They know that that’s what our customers are also looking for,” she said. “There’s a tremendous cloud skills gap, as everybody knows, and we’ve been working with our customers to say these are ways that you can identify skilled talent, whether it’s talent that you’re hiring or partners that you are partnering with.”

“We think it’s super important that they have a hand in what we’re building,” Lonergan said. “There’s actually a class that they can take on how to be a subject matter expert and how to write questions. We’ve had loads of applications, which is exciting for us. Getting our partners involved in that process has been probably the biggest game-changer for us and has allowed us to scale much more rapidly.”

AWS declined to reveal its pass-fail rate for certification exams.

“We have an incredibly rigorous process as it relates to our certification, and we keep the bar incredibly high,” Lonergan said. “We do monitor pass rates very, very closely on a monthly basis. We’re confident that the exams are strong, and that the pass rates are relatively where they should be in line with industry.

“We’ve really made a pivot in the…last 18 months to really focus on this digital training in smaller bite-sized chunks,” Lonergan said. “A lot of people are doing that in the industry, but for us, it’s even more important given the large number of services and updates that we give in a year.”

Last year’s re:Invent conference was the first time that AWS was able to immediately launch courses for almost every new service announced by CEO Andy Jassy.

“Part of our strategy as we’re moving forward is to really build an agile product development process that aligns to our services, so that we can get content training out as soon as possible,” Lonergan said.

AWS in the last couple of months also has heavily invested in a learning needs analysis tool for partners seeking training on the AWS Partner Network website. “It’s much more prescriptive — ‘I know this, I’m interested in that’ — and then it actually generates a learning path for the partner,” Lonergan said.

“We’re very focused on providing individuals with content in a way that they want to learn, so we try and do both instructor-led and digital as much as we can,” Lonergan said. “To the extent, especially for the partners, that we can provide that training 24-seven and also at low to no cost is an important part of our strategy.”

“Each of those digital training providers has a slightly different slice of the way they look at it,” Lonergan said. “Across the four, we have about 15 courses, and you’ll see us continue to invest in providing free content through those channels.”

Academia And The AWS Cloud

AWS also is investing heavily in initiatives centered on academia and providing its cloud curriculum to colleges and universities, according to Lonergan.

“Our partners are really asking us how to find new talent coming out of universities,” she said. “We’re trying to figure out all the mechanisms that they leverage and recruit from, and make sure that we’re providing the programs and skilled talent for them.”

“The most interesting thing about that is that there’s been a shift this year, and a subset of those universities have really expressed an interest in putting that curriculum into their MBA programs,” Lonergan said. “Robert Morris University, which is in Pennsylvania, and London School of Economics (are) making those courses requirements to their MBA programs, because they understand that shift in the market right now and how important having cloud fluency is.”