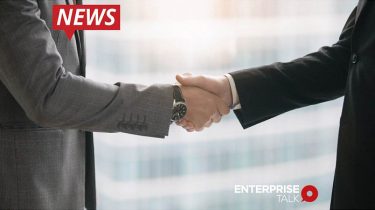 Aviatrix, the cloud networking platform, announced today that Brad Hedlund has joined the company as Principal Solutions Architect. Prior to joining Aviatrix, Hedlund held senior management positions for some of the world’s largest IT infrastructure brands, including AWS, VMware / NSX and Cisco.

As the final addition to the great corporate solution architecture and manufacturing team, Hedlund joins a growing group of industry talent, including James Devine, former AWS network expert and co-author of the AWS Certified Advanced Networking Study Guide. certified, advanced networking), which Aviatrix described as the engine of the rapid transformation of the industry into cloud networking.

“I’m looking forward to working on the Aviatrix team of experts,” said Brad Hedlund, Principal Solutions Architect at Aviatrix. “I’ve seen the market change over the past two years and we don’t have a single cloud world anymore.

The corporate requirements for networking, security and operational visibility in numerous clouds now go far beyond the basic services of any normal cloud service provider. Aviatrix has a proven approach that is way ahead of what I have seen so far. I should have changed there much earlier! ”

Hedlund is well known in the networking industry and considered by many to be a premier subject matter expert and opinion leader. He is a specialist in data center networks and infrastructure, with in-depth knowledge of both private and public clouds.

Hedlund is a frequent speaker at industry conferences and publishes his own blog , which offers valuable content focusing on networking topics, including Cisco UCS, network architectures for data centers, VMware / NSX, etc.

“Brad is a great addition to Aviatrix. His experience, knowledge and recognition in the industry will play a valuable role as we continue to prepare companies for their cloud networking journey, ”said Nauman Mustafa, Vice President Solutions Engineering at Aviatrix. “Brad was at Cisco at the right time.