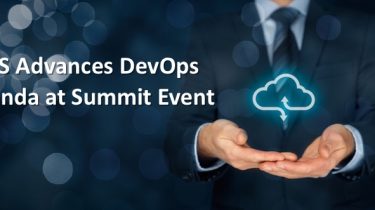 Amazon Web Services (AWS) has added services to its cloud platform designed to automate the creation of virtual private clouds (VPCs) and made available additional tools to build applications and integrate external data.

Speaking at the AWS Summit event, CTO Werner Vogels said these latest services are part of an ongoing effort to automate DevOps processes to the point at which developers will need to write only the code for business logic that runs on top of the AWS public cloud.

One of the latest tools the company is making available in pursuit of that goal is AWS Cloud Development Kit (CDK), a software development framework for defining cloud infrastructure in code as constructs and provisioning it through AWS CloudFormation. AWS CDK currently supports TypeScript, JavaScript and Python with support for C#/.NET and Java available in preview. That capability will eliminate the need to write low-level code using a different tool just to spin up a VPC on AWS, Vogels said.

AWS CDK also allows organizations to design and compose their own custom components for managing infrastructure alongside their application code.

The cloud services provider also announced AWS EventBridge, a programmable event bus for integrating data on AWS with data residing in software-as-a-service (SaaS) applications on any platform based on a serverless computing framework, and the general availability of AWS Toolkit for Visual Studio Code, a plug-in for the Microsoft integrated development environment (IDE) that makes it easier to build, debug and deploy code on AWS.

Finally, the company announced that Amazon CloudWatch Container Insights is now available in preview. This offering provides access to automated dashboards summarizing the performance and health of their Amazon Elastic Container Service (ECS) and Fargate clusters by tasks. Those offerings come on the heels of AWS Fluent Bit, a tool for container logging being made generally available earlier this week.

Vogels stressed that the way applications are built is now fundamentally different in the age of the cloud. Developers are making greater use of containers and serverless computing frameworks. The challenge with containers is that in the absence of a cloud service provider to manage the environment, the complexity of the underlying middleware and infrastructure conspires to reduce the amount of time developers spend on writing actual application code, he said.

To address that issue, AWS is investing more in container and Kubernetes services as well as in on-demand serverless computing services such as AWS EventBridge that don’t require organizations to pay for idle processes, Vogels explained.

In general, Vogels said AWS continues to advocate for the elimination of separate IT operations and cybersecurity teams in favor of a more unified approach leveraging automated services provided by AWS that ensure, for example, the entire continuous integration/continuous deployment (CI/CD) platform is secure. However, while the number of organizations embracing best DevOps and DevSecOps processes continues to increase steadily, it’s much less clear how many of them will standardize those processes on a single cloud platform at a time when reliance on multiple clouds also continues to increase steadily.