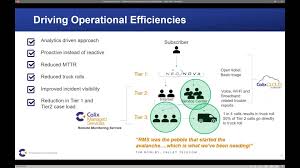 Four billion of anything is a lot to imagine. When it involves 4 billion Kubernetes instances, each containing multiple data points on spin-up, operation, and spin-down, the scale becomes truly hard to imagine.

That’s how many Kubernetes instances Google LLC launches every week just for its own use.

“If you think of Google launching 4 billion containers every week, they’re collecting a number of different data points,” said Nancy Gohring (pictured), senior analyst at 451 Research LLC. “It’s not even just four billion pieces of data. The volume of operations data that people are faced with is just out of this world.”

Gohring spoke with Jeff Frick (@JeffFrick), host of theCUBE, SiliconANGLE Media’s mobile livestreaming studio, during the Sumo Logic Illuminate event in Burlingame, California. They discussed the impact of growing data volumes on developer operations teams and the danger of using different monitoring tools within one organization (see the full interview with transcript here). (* Disclosure below.)

The sheer scale of enterprise data being generated in companies like Google and others is driving many firms in the solutions space to offer autonomous tools for managing the massive volume of information. This is creating new questions of organizational responsibility and culture as DevOps shoulders much of the overall management workload.

“DevOps are running autonomously; they’re doing their own thing so they can move quickly,” Gohring noted. “But is there anybody overseeing the application that’s made up of maybe a thousand microservices? In some cases, the answer is no.”

One outcome of this scenario is that organizations implement monitoring tools to help DevOps teams keep a closer eye on running applications. Yet, this can also create issues, especially when each team selects a different tool of choice.

“As applications are getting much more complex, looking at that data in a siloed tool tends to obscure the bigger picture,” Gohring said. “In most cases, businesses aren’t going to just settle on one monitoring tool that does it all. If you have 100 DevOps teams and they have chosen their own monitoring tools, this is not efficient.”